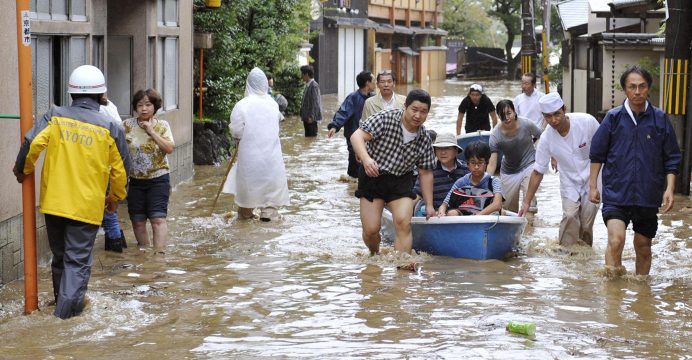 A strong typhoon slammed into western Japan on Thursday, with forecasters warning of heavy rains and landslides, including in areas hit by deadly flooding last month.

Typhoon Cimaron made landfall in Tokushima prefecture around 9:00 pm (1200 GMT), and was expected to cut through the region before reaching the Sea of Japan (East Sea) Friday morning, Japan’s Meteorological Agency said.

“Please be on high alert and take every necessary measure,” Prime Minister Shinzo Abe told cabinet members and officials at a meeting on storm preparedness earlier in the day.

He urged local governments to issue evacuation orders and take other necessary measures “without fear.” 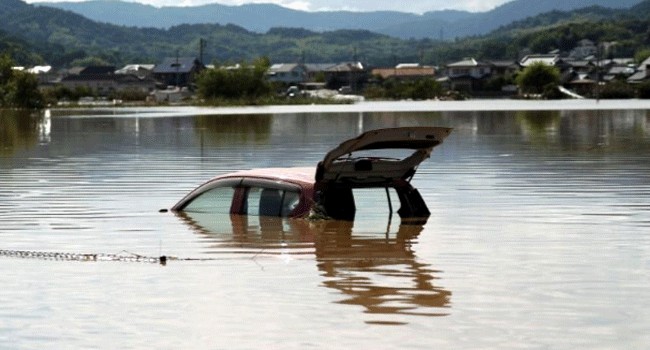 Cimaron was seen packing maximum gusts of 198 kilometres (123 miles) per hour as of 8:00 pm, bringing heavy winds and rain to the western region.

“Please evacuate early,” he said at a press conference.

Some parts of central Japan could see up to 800 millimetres (31 inches) of rain in the 24 hours to noon Friday, the agency said.

The areas at risk include parts of the country still recovering from flooding and landslides caused by record rains in July that killed over 200 people.

Several train services in western areas were cancelled, along with more than 260 domestic flights.