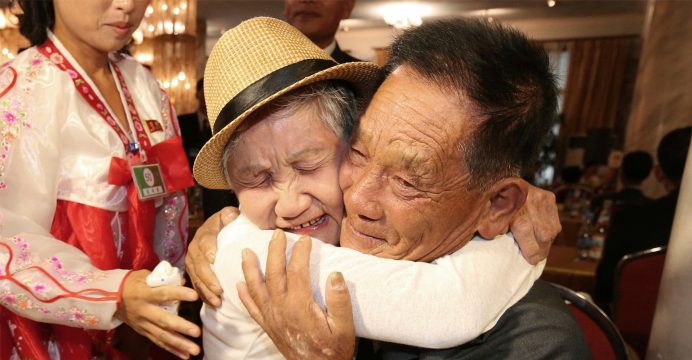 Tears as North and South Koreans meet after decades

With tears and cries, dozens of elderly and frail South and North Korean family members met on Monday for the first time since the peninsula and their relationships were torn apart by war nearly 70 years ago.

Clasping one another, they tried to bridge the decades of separation through precious physical contact and by showing each other pictures of their relatives.

Many of the North Korean women were clad in traditional dresses, known as hanbok in the South and joseon-ot in the North, and all had the ubiquitous badges of the North’s founder Kim Il Sung or his son and successor Kim Jong Il, while the Southerners wore their best suits.

As soon as 99-year-old South Korean Han Shin-ja approached their table, her two daughters — aged 69 and 72 — bowed their heads deeply towards her and burst into tears. 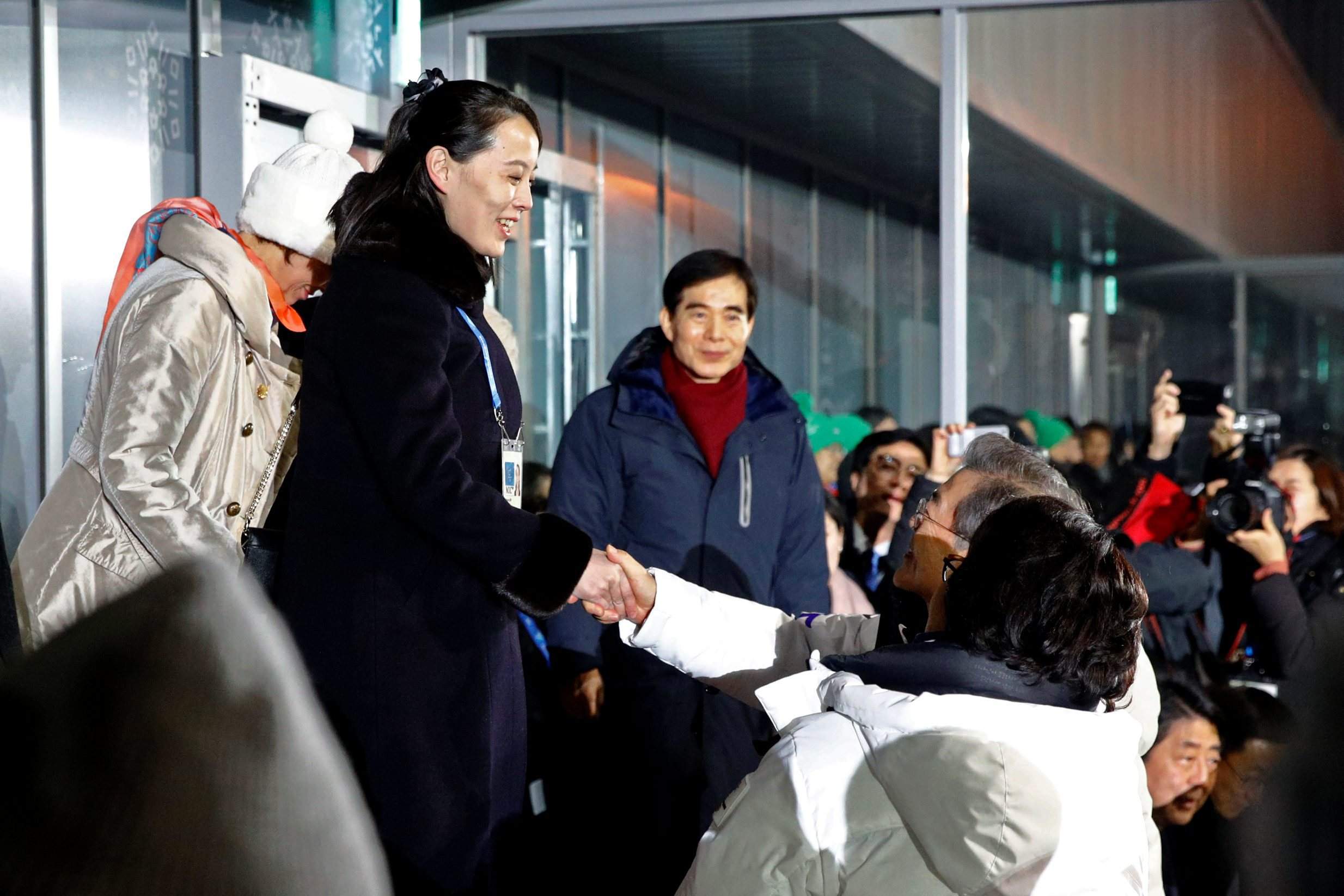 Han also broke down, rubbing her cheeks against theirs and holding their hands tightly.

“When I fled during the war…” she began, choking back tears as if she were about to apologise for leaving them behind.

Millions of people were swept apart by the 1950-53 Korean War, which separated brothers and sisters, parents and children and husbands and wives.

Hostilities ceased with an armistice rather than a peace treaty, leaving the two Koreas technically still at war and the peninsula split by the impenetrable Demilitarized Zone (DMZ), with all direct civilian exchanges — even mundane family news — banned.

The three-day reunion at Mount Kumgang, a scenic resort in North Korea, is the first for three years and follows a diplomatic thaw on the peninsula.

According to pool reports, the event began with a popular North Korean song “Nice to meet you” — also well known in the South — blaring out from speakers.