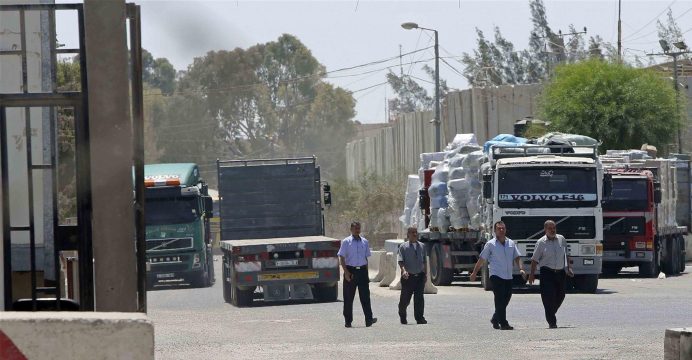 Israel closes its people crossing with Gaza over border incidents

Israel closed its only crossing for people with the Gaza Strip on Sunday except for humanitarian cases over border incidents that saw protests and clashes at the weekend, an Israeli official said.

A spokesman for the Israeli defence ministry unit that oversees the crossing confirmed it had been closed. Border protests and clashes on Friday left two Palestinians dead by Israeli fire.

The closure and border incidents came despite attempts by Egypt and UN officials to reach a long-term truce between Israel and Hamas, the Islamist movement that runs the blockaded Gaza Strip.