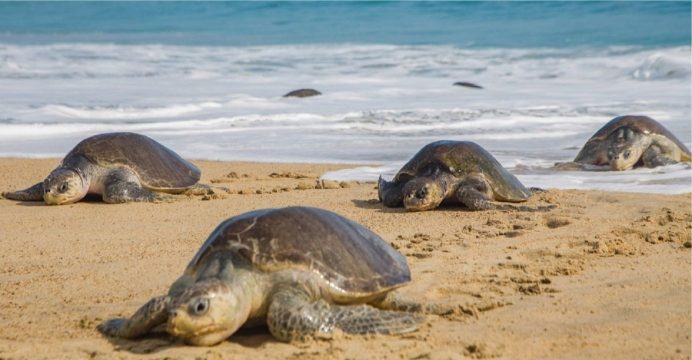 Mexican authorities said on Friday they found 122 sea turtles dead on a beach in the southern state of Chiapas, mostly from an endangered species.

The cause of death was not immediately clear, though around 10 percent of the turtles had wounds to the head or shell and showed signs of injuries from fish hooks or fishing nets, the environment ministry said in a statement, reports BSS.

It said authorities had not been able to carry out autopsies “due to the advanced state of decomposition in which they were found.”

The turtles were found on the beaches of Puerto Arista, a small town on the Pacific coast. Most of them — 111 — were from the endangered Pacific Ridley species (Lepidochelys olivacea). Mexico banned the capture of sea turtles in 1990, but there is still an alucrative black market for their eggs.