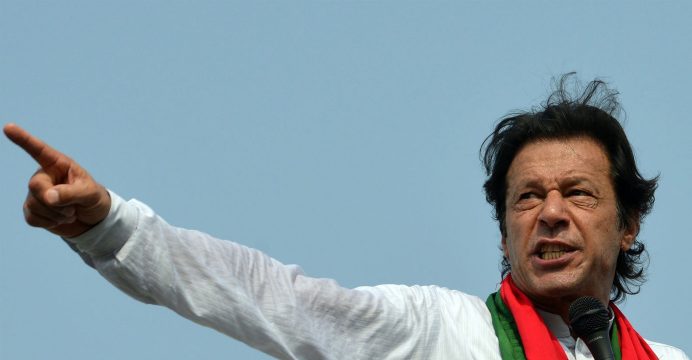 Pakistani lawmakers have endorsed Imran Khan as their next prime minister, ahead of a ceremony on Saturday that should see the World Cup cricket hero sworn in as the new leader of the nuclear-armed nation.

Pakistani parliamentarians on Friday Imran Khan prime minister, paving the way for him to form a coalition government whose first major task will be to avert a brewing economic crisis.

Mr Khan, 65, saw his party sweep to victory in a July 25 general election promising to fight corruption and lift millions of people out of poverty.

Mr Khan’s Pakistan Tehreek-e-Insaf (PTI) party holds 151 seats in the 342-seat lower chamber of parliament, short of a majority, but is expected to form a coalition government with smaller parties.

Mr Khan, who will be sworn in on Saturday, has yet to announce his cabinet.