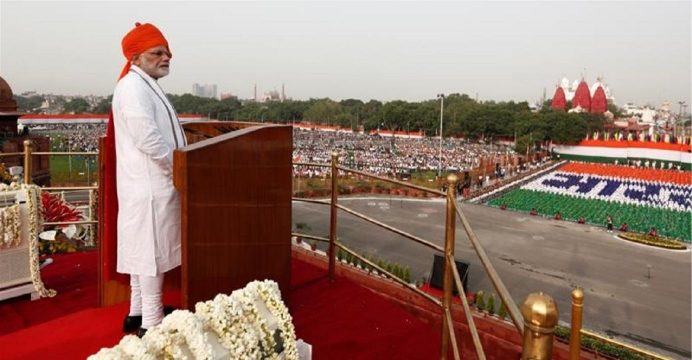 Indian Prime Minister Narendra Modi announced the country will attempt to launch its first manned space mission by 2022. Modi made the announcement during a speech commemorating India’s Independence Day on Wednesday.

India would be the fourth country to put a human in space using its own national space programme if it succeeds. Russia, the United States, and China are the only countries that have so far successfully done so, reports Aljazeera.

India’s space programme has a budget of about $1.6bn, less than 10 percent of the US’ and about 15 percent of Russia’s. Despite such a small budget, India has made remarkable progress.

In 2014, India was the first Asian nation to reach Mars on a budget of just $74m, compared with NASA’s Maven Mars mission that had a $671m price tag.