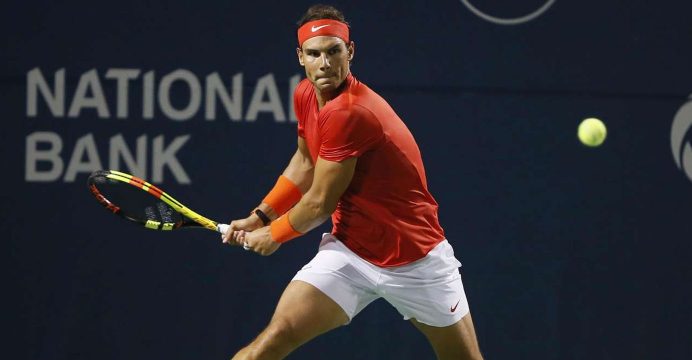 Nadal stays on track in Toronto with win over Cilic

Rafael Nadal recovered from a slow start, overcoming Marin Cilic 2-6, 6-4, 6-4 as the Spaniard’s chase for a long-sought ATP Masters title on hardcourt heated up on Friday.

The world number one reached the semi-finals in Toronto and will next face Russian Karen Khachanov, who beat Robin Haase 6-3, 6-1.

Nadal last won a title at this level on cement in 2013.

The Greek teenager, who turns 20 on Sunday’s final day, defeated his third straight top 10 opponent at the tournament after knocking out Dominic Thiem in the second round and 13-time major winner Novak Djokovic in the third. 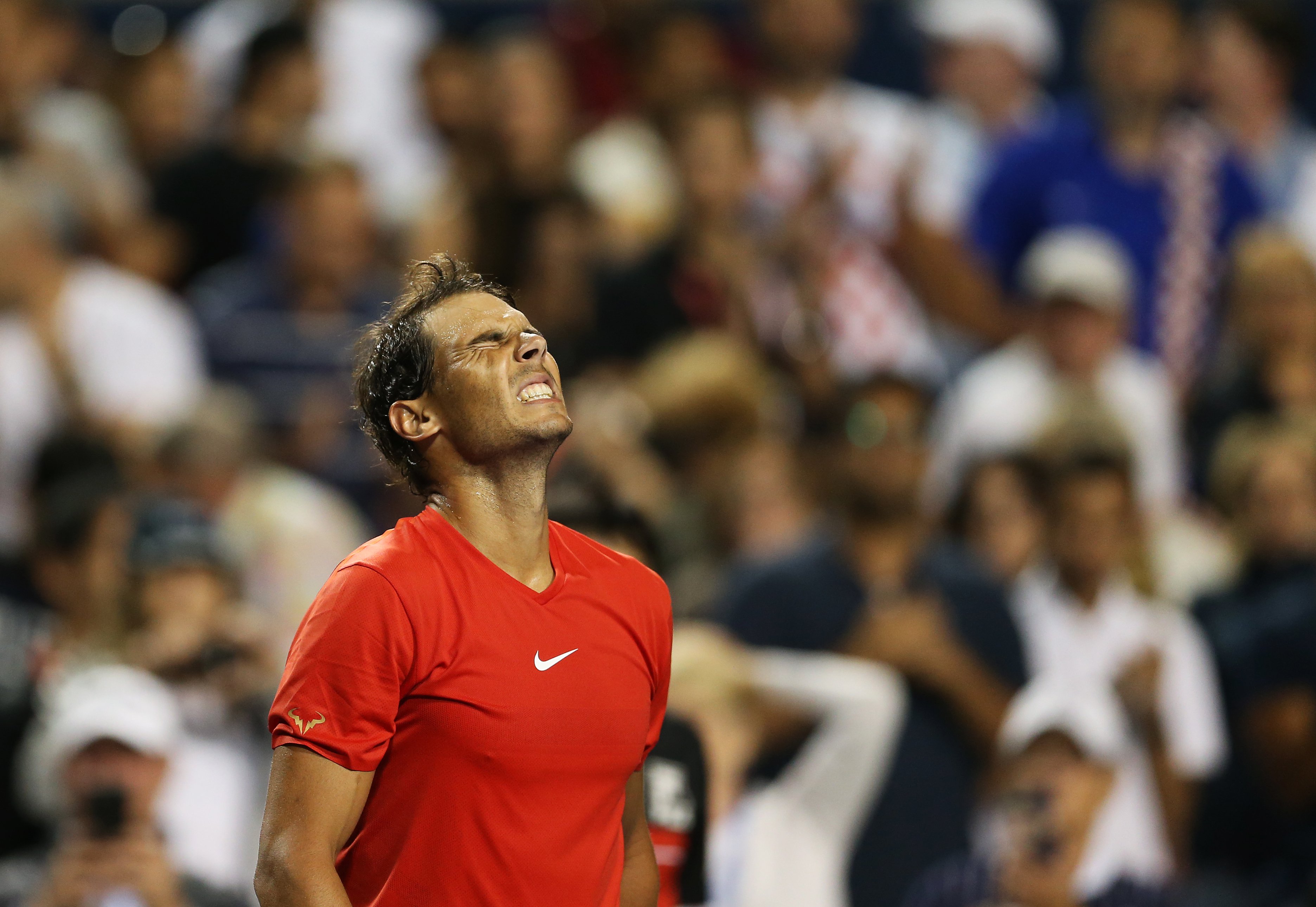 Tsitsipas is the youngest player to post three top 10 wins at a single tournament since the 19-year-old Nadal at Monte Carlo in 2006.

“I’m confused now, is this real?” 27th-ranked Tsitsipas said after completing his prestige hat-trick of upsets.

Nadal got caught on the back foot in the first set against Cilic, who took the opener on his fourth chance.

Nadal struck back in the second with a concluding break to square the match before taking victory with a break in the final game on his third match point after more than two hours.

Tsitsipas rallied from a set and 5-2 down to turn the tables on Zverev, who had been bidding for a fourth Masters 1000 title.

Tsitsipas broke in the ninth game of the second on the way into a tiebreaker, where he calmly converted on his fifth set point after saving two match points for the second-seeded Zverev.

He completed the victory after nearly two and a half hours on Zverev’s sixth double-fault.

“This shows that with dedication and work, dreams do come true,” Tsitsipas said. “I can see that it’s real — it’s happening.

“I don’t know what happened (in the second set), I just broke him (for 4-5). All along I could feel the crowd support, I knew I was still in the match.”