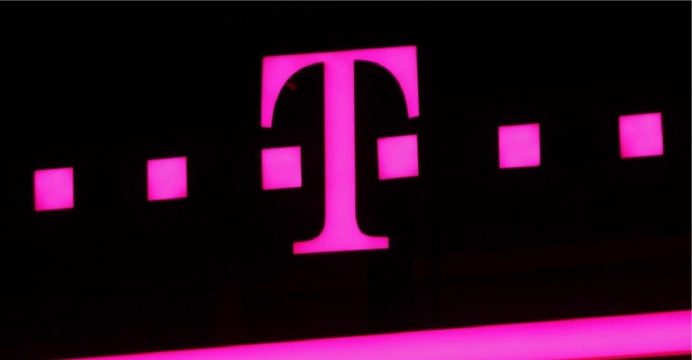 Deutsche Telekom raised its profit outlook for the second time this year as it reported second-quarter results which showed underlying growth, although this was offset by a drag from the weaker U.S. dollar.

“We remain firmly on track,” Chief Financial Officer Thomas Dannenfeldt said of the results. “The trends in Germany and the United States are positive. At our European subsidies, we are again posting sustained growth.”

U.S. unit T-Mobile , which is seeking regulatory approval to take over rival Sprint, has already reported strong customer growth in its second-quarter results.

Its contribution was dented, however, by the U.S. dollar’s 10 percent decline against the euro over the last 12 months.

Deutsche Telekom’s revenues declined by 2.8 percent, year on year, to 18.37 billion euros, shy of expectations in the company’s own poll of analysts. Adjusted EBITDA was also just down, by 0.3 percent, albeit beating market expectations.

On an organic basis, stripping out the impact of exchange rate fluctuations, revenues and adjusted EBITDA grew by 1.3 percent and 3.9 percent respectively.

That stripped out the impact of a 600 million euro settlement over an ill-fated road toll project, against which Telekom took a charge in the quarter.