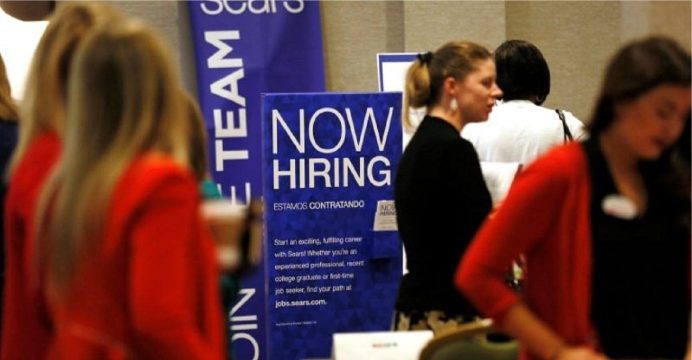 The unemployment rate fell from 4.0% to 3.9% in July, the US Department of Labor said, near to the 18-year low it reached in May. Previous job gain estimates for May and June were revised upwardly, to 268,000 and 248,000 respectively, reports BBC.

The job figures follow data last week that showed the US economy grew at an annualized rate of 4.1% in the second quarter of the year.

The Department of Labor figures also showed average hourly earnings increased by 0.3% in July to $27.05, meaning they were up 2.7% from the same month last year.

Increasing hourly earnings are in part a result from a squeezed labor market, in which there are close to 6.6 million unfilled jobs across the nation.

Job gains occurred in the durable goods manufacturing and healthcare sectors as well as in the hospitality sector but fell markedly at toy and game retailers.

Ian Shepherdson, the chief economist at Pantheon Economics, said the data was “better than it looks” as the core, three-month trend was of an additional 200,000 jobs a month.

He also predicted that the figures would not push the US Federal Reserve off its course of steady interest rate increases.

“Overall, these numbers won’t change the Fed’s plans; unless the data over the next few weeks take a sudden, serious turn for the worse, the Fed will hike again next month”.