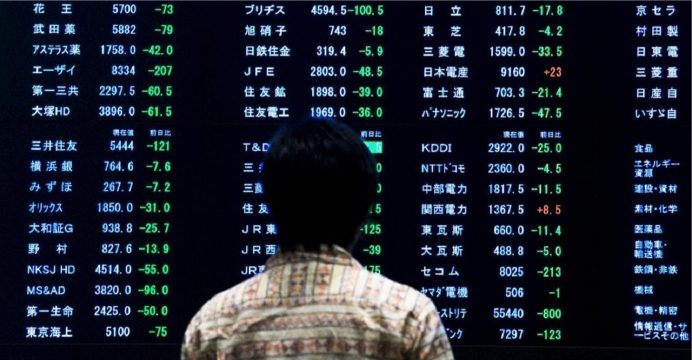 Tokyo stocks opened higher on Wednesday with investors cheered by positive earnings from major firms as they digested the Bank of Japan’s minor changes to its ultra-loose monetary policy.

“Investors had been concerned about a possible increase in interest rates but they were relieved to confirm that it’s not the case this time,” said Toshikazu Horiuchi, a broker at IwaiCosmo Securities.

“The market is largely looking at the BoJ’s decision positively,” Horiuchi told reporters.

“Corporate results announced by Japanese firms so far are quite positive on the whole,” he added.

In Tokyo, Sony soared 4.13 percent to 6,069 yen after it raised its full-year profit and sales forecasts on Tuesday.

Nintendo surged 3.07 percent to 37,980 yen after the game giant said on Tuesday its quarterly net profit jumped 43.9 percent, driven by the global popularity of its Switch console and game titles.

But Panasonic plunged 4.62 percent to 1,371.5 yen after the firm said it managed to secure a profit gain by selling its real-estate.

Honda jumped 3.51 percent to 3,473 yen after reporting a 17.8 percent gain in its quarterly net profit and revising upward its full-year forecast. And both ANA and JAL fell after reporting sluggish April-June profits.