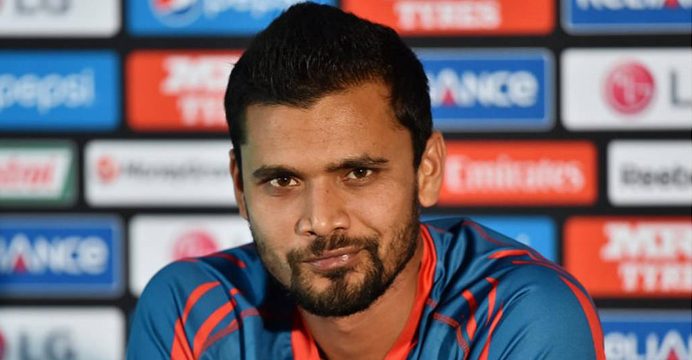 Bangladesh managed to stage a comeback in their favorite format of ODI series after their horrific Test series defeat against West Indies but Bangladesh skipper Mashrafe Bin Mortaza still thinks they have rooms to improve and need more consistency which can lead them earn more future successes.

If you look back at the last three or four months, we really needed to win this series,” said the Narail express after the match adding that: “It is a good sign for the team ahead of the Asia Cup. But we have a lot to improve …… a series win isn’t everything …… we have missed out on a lot of areas. Rubel did exactly what the team needed, which is a sign of our improvement but we need them consistently…..we need to improve in our batting as well.

“I think we were still short by 20-25 runs ….we should have taken an early wicket because they have a heavy top order. After getting rid of Lewis early meant that Gayle had a bigger challenge. He was going well but Rubel’s breakthrough eased it for the rest of the bowlers. Getting regular wickets worked in our favour, he added.

He said they needed to use this last opportunity to win the series and this victory was a turning point for their mental strength.