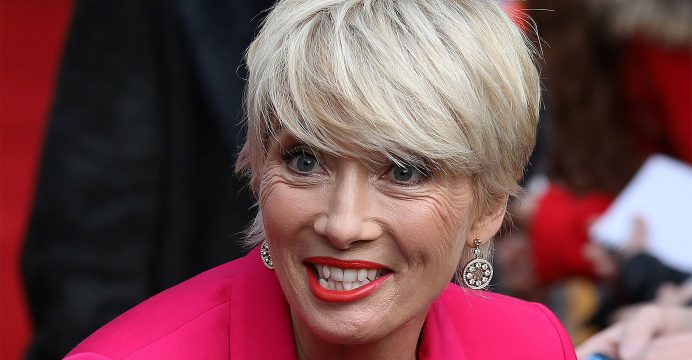 Emma Thompson: I grew up with ‘primitive model’ males

Emma Thompson is suddenly feeling her age. The change sweeping Hollywood in the wake of the Harvey Weinstein scandal and the #MeToo movement has left the British actress and director musing on the “primitive model” males that women of her age have had to grapple with.

“I feel like I was still part of a really backward generation, which was very binary in its views on males and females,” said the double Oscar winner whose film performances include star roles in “Love Actually”, “Nanny McPhee”, “Sense and Sensibility” and the Harry Potter series.

“I feel like I grew up surrounded by quite primitive, raw models,” she told AFP. But the Weinstein scandal has been a massive catalyst for change.

“We’ve got a long way to go. But it is very interesting at the moment, there is a lot of changes occurring,” said Thompson, who has long campaigned for equal rights and pay.

“I think the generation below mine, and with my daughter’s generation (her daughter Gaia is 18) you are going to see quite a lot of changes soon, because they are writing new stories,” she added.

That said, Thompson who plays a judge struggling to fight her corner in the male-dominated higher courts in her new film, “The Children Act”, insisted that women are still excluded from large parts of the movie industry.

“I think I’ve seen (only) one woman electrician. You try to be an electrician as a woman, impossible!” she said.

A human rights activist as well as a feminist, Thompson, 59, made her name playing strong and enigmatic women in the 1990s when she and former husband Kenneth Branagh were the golden couple of British cinema.