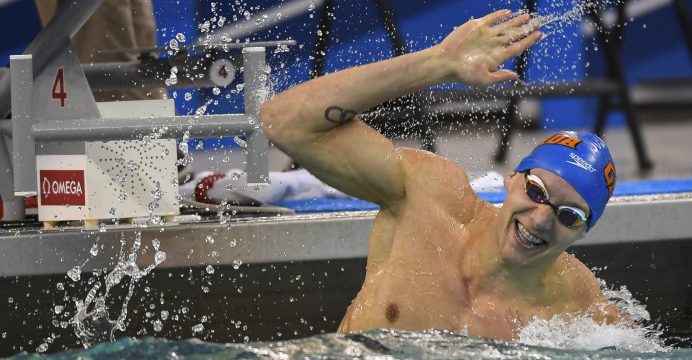 Caeleb Dressel finally bagged his first victory of the US Swimming Championships on Friday, powering home to win the 100m butterfly in 50.50sec and punch his ticket to the Pan Pacific Championships.

Dressel, who joined Michael Phelps as the only swimmers to win seven titles at a single World Championships with a stunning campaign in Budapest last year, also set himself up for next year’s Worlds in South Korea, with this meet and Pan Pacs serving as qualifiers for the biggest international meeting before the 2020 Tokyo Olympics.

The 21-year-old, who signed his first professional sponsorship deal with Speedo this month after departing the amateur US collegiate ranks, had endured a frustrating start to the championships in Irvine, south of Los Angeles.

Sixth in the 100m freestyle on Wednesday, he scratched the 200m free and finished second in the 50m butterfly — not good enough to send him to Pan Pacs or Worlds.

“I don’t know if nervous or anxious is the correct word to use, just excited,” he said of his state of mind heading into the 100m fly. 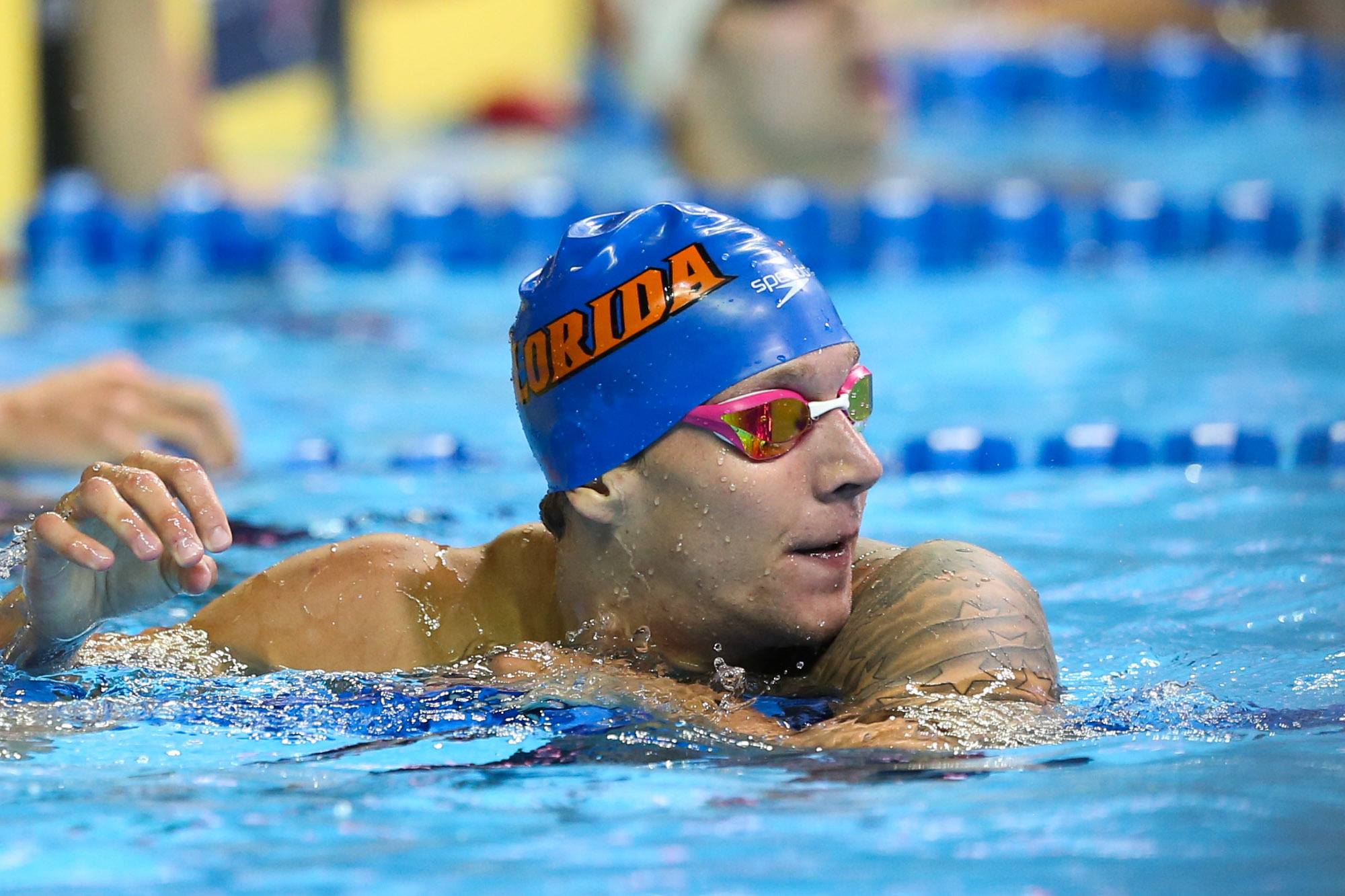 Dressel said the 100m free was “just a really bad swim” and even said it was “refreshing” after the non-stop winning of last year.

All in all, Dressel said, there was no need to panic, or even worry.

“I did what I needed to do and right now we’re on the team,” he said. “That’s what this meet is for. There’s a lot left in the tank.”

Kalisz improved his own season-leading time, but with a personal best of 4:05.90 he wasn’t impressed by that.

“The time wasn’t so great, but that’s not what it’s about,” Kalisz said. “It’s about getting on the team and setting yourself up for Tokyo.” 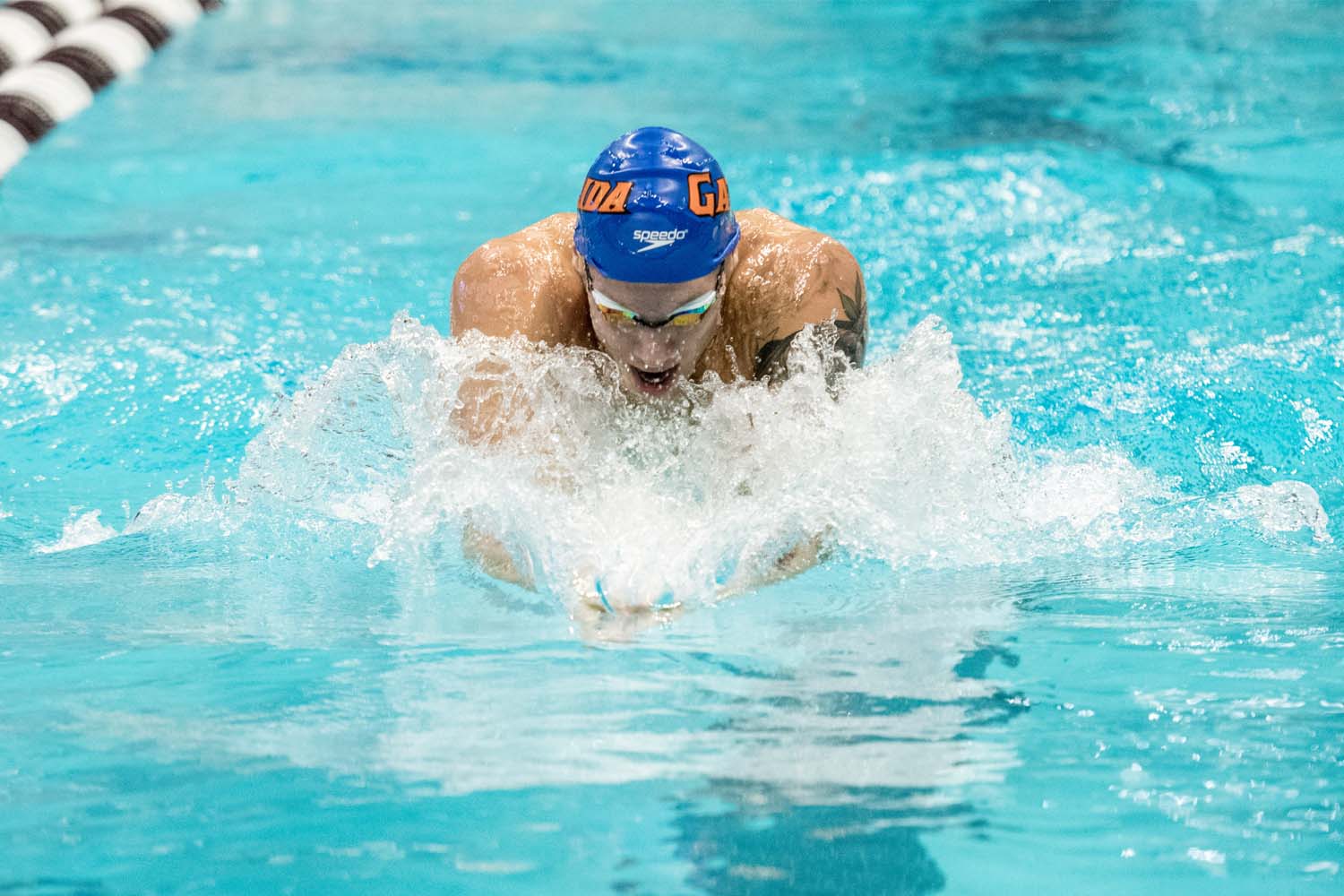 Kalisz seized control on the breaststroke leg and powered home ahead of Jay Litherland, who was second in 4:10.21.

Ally McHugh sprung an impressive surprise in the women’s 400m medley, surging to the front on the final freestyle leg to win in 4:34.80 — third-fastest time in the world this year.

McHugh, 21, headed 19-year-old Brooke Forde, who was second in 4:35.02 as world and Olympic relay gold medallists Melanie Margalis and Leah Smith settled for third and fourth.

Katie McLaughlin, who won relay gold at the 2015 World Championships before a neck injury disrupted her career, was second in 57.51.

World record-holder Lilly King sprinted onto the World Championships team with a 50m breaststroke victory in 29.86sec — 42-hundredths of a second off the world mark she set last year.

Andrew came back from the 100m fly to win the men’s 50m breast in 26.84, but the 19-year-old was shut out of the podium in the 50m backstroke — won by double Olympic backstroke gold medalist Ryan Murphy in an American record of 24.24.