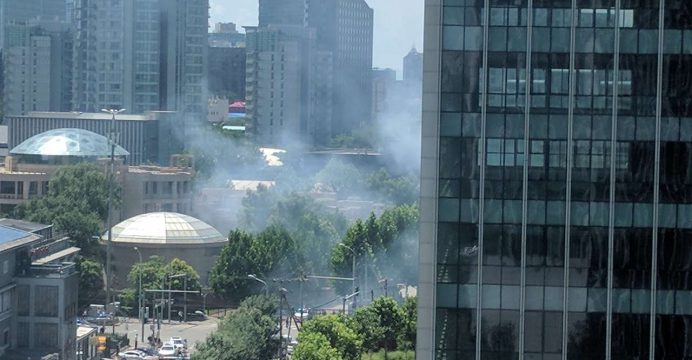 Bomb detonated close to the US embassy in China

An explosive device was detonated close to the US embassy in Beijing, US officials have confirmed.

Apart from the bomber, there were no other injuries reported and officials say police responded immediately.

Video and images posted on social media show smoke rising from the vicinity of the embassy in the heart of the Chinese capital with crowds gathering.

#BREAKING: Reports: Explosion at US embassy in Beijing #China pic.twitter.com/Ji9osoJPFB

The BBC’s Stephen McDonell at the scene says that normal activities have since resumed at the embassy, with people still lining up for visa applications. 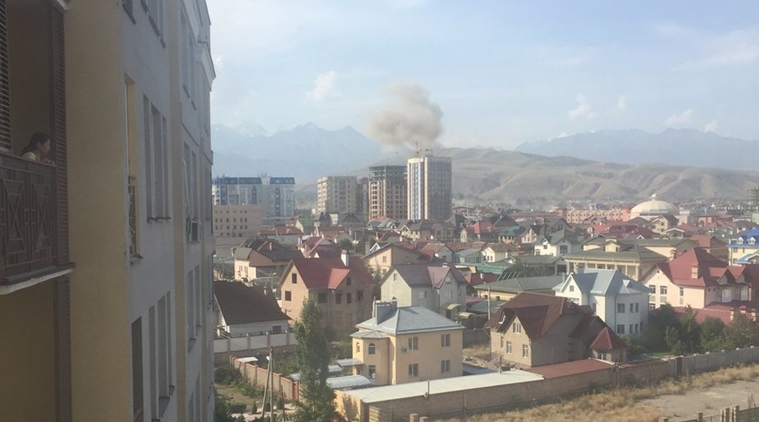 There were earlier reports that police had taken away a woman who had tried to set herself on fire near the embassy at 11am local time, several hours before the reported blast.

It is unclear if the two incidents were linked.