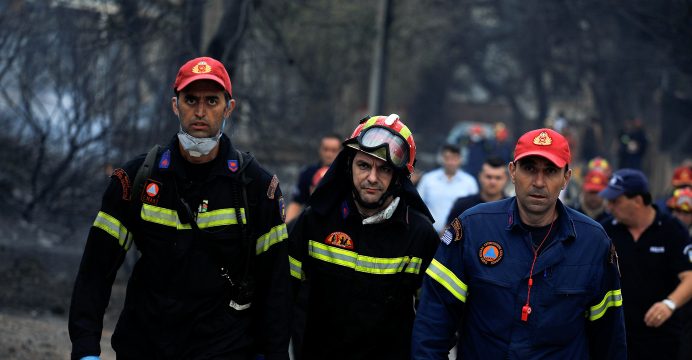 Wildfires kill at least 74 near Athens, families embrace as flames close in

Wildfires sweeping through a Greek resort town have killed at least 74 people including families with children found clasped in a last embrace as they tried to flee the flames.

The inferno was Greece’s deadliest since fires devastated the southern Peloponnese peninsula in August 2007, killing dozens. Officials said it broke out in the town of Mati, 29 km (18 miles) east of Athens, late on Monday afternoon and was contained by Tuesday afternoon but the risk remained of it reigniting in scrubland parched by Greece’s searing summer heat. 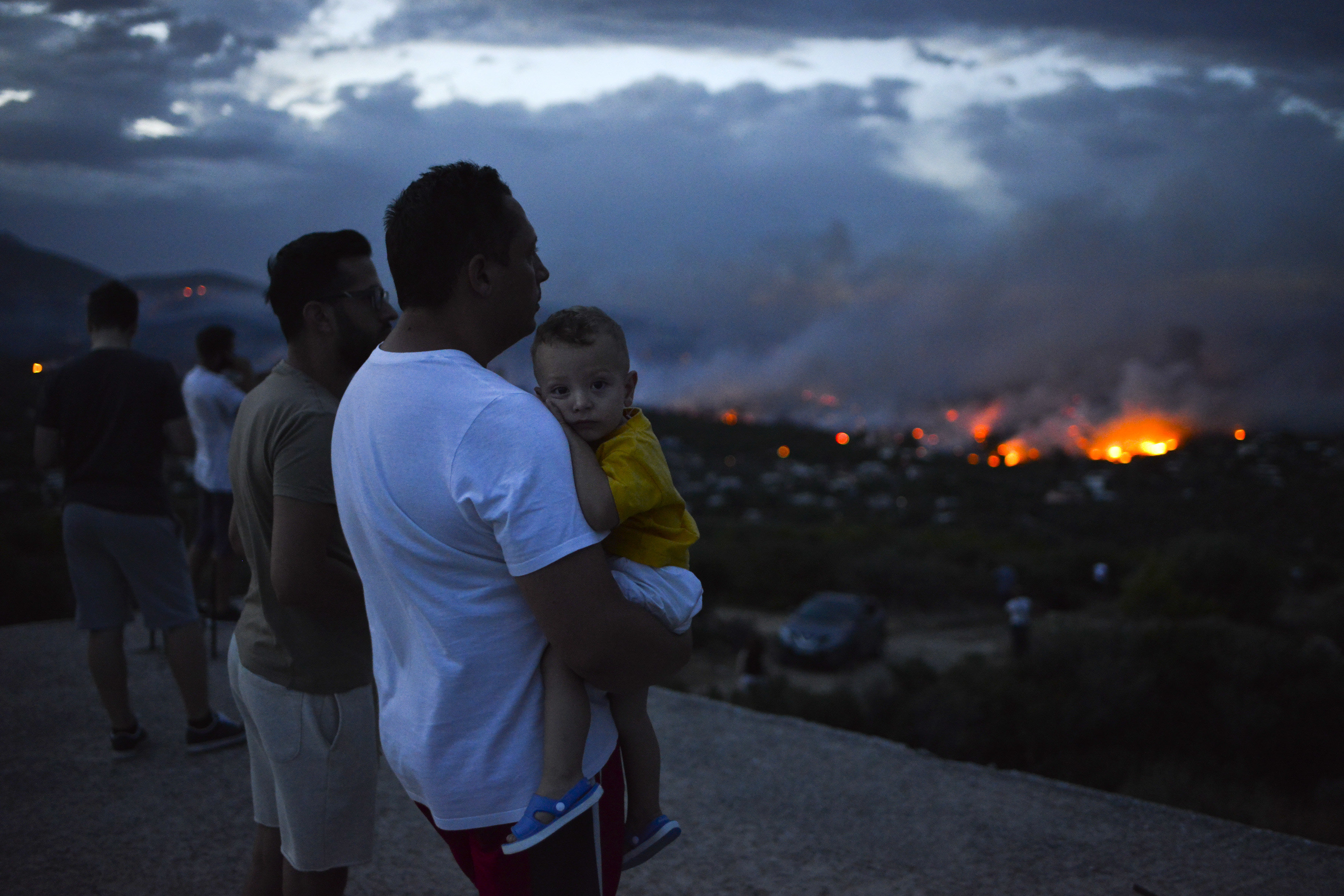 A man holds his son as a wildfire burns in the town of Rafina, near Athens.

“Greece is going through an unspeakable tragedy,” Prime Minister Alexis Tsipras said as he appeared on television to declare three days of national mourning.

Emergency crews found the bodies of 26 victims, some of them youngsters, lying close together near the top of a cliff overlooking a beach. They had ended up there after apparently searching for an escape route.