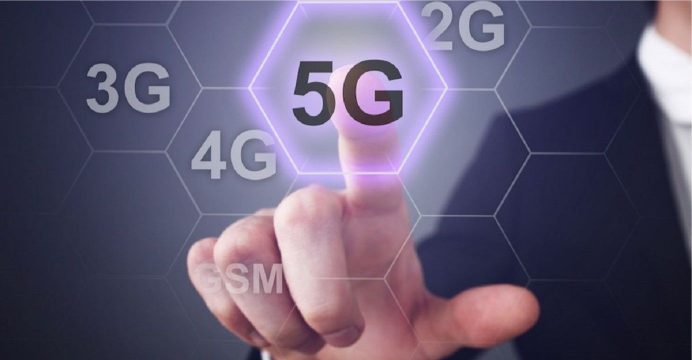 Following the successful introduction of 4G (Fourth Generation) mobile phone service in the country, the telecom regulator is going for trial run of the latest 5G mobile technology tomorrow.

Chinese telecom vendor Huawei will conduct the daylong trial run of the 5G (fifth generation) technology teaming up with two mobile network operators – Robi and state-own Teletalk – in a city hotel under the title of “Bangladesh 5G Summit”.

Talking to reporters, Robi’s Head of Regulatory Affairs Shahed Alam said: “Like many other countries of the world, we are holding trial of 5G to take another step closer to 5G regimes in Bangladesh.”

He also said: “This 5G trial will surely open the gate to a new era of communication technologies and guide us to accommodate the changes in the entire ecosystem prior to launching 5G commercially in Bangladesh.”

A Huawei official told reporters that Bangladesh Telecommunication Regulatory Commission (BTRC) has already allotted 800 Megahertz spectrum to Huawei for seven days to run the 5G demonstration. The Chinese telecom giant will have to pay Taka 5 lakh to use the spectrum on 27555 to 28355 bands during the period.

Earlier on February 19 this year, a new chapter of “digital Bangladesh” began through the introduction of 4G mobile internet in the country, reports BSS.

Meanwhile, Prime Minister’s Information and Communication Technology Affairs Adviser Sajeeb Ahmed Wazed also published a post on his facebook account. He said: “I am currently in traffic but getting the same 4G experience here in Dhaka as I do in the US. We launched 4G only a few months ago and already the coverage is quite good. Thanks to the telcos!.”

“Yet another milestone achievement of Digital Bangladesh under our Awami League Government,” he said, adding that “We will be doing a 5G technology demonstration tomorrow morning.”

Very few developed countries in the world have conducted test run and adopted 5G technology on a limited scale. South Korea is leading the way here.

To make 5G regimes a successful one, he said, eco-system readiness such as infrastructure, policy reforms, licensing convergence, efficient allocation of spectrum and other national resources are very much critical.

“We, the government, mobile operators, technology service providers, vendors all should work together with a well-defined plan to achieve a successful regime of 5G in Bangladesh through ensuring the readiness of eco-system,” added Robi’s Head of Regulatory Affairs.

Citycell as the first mobile operator started operation in Bangladesh in 1993. Later Aktel (now known as Robi), Grameenphone, Sheba (now Banglalink) and state-owned Teletalk came into the market. Bangladesh entered the world of 3G in 2013.