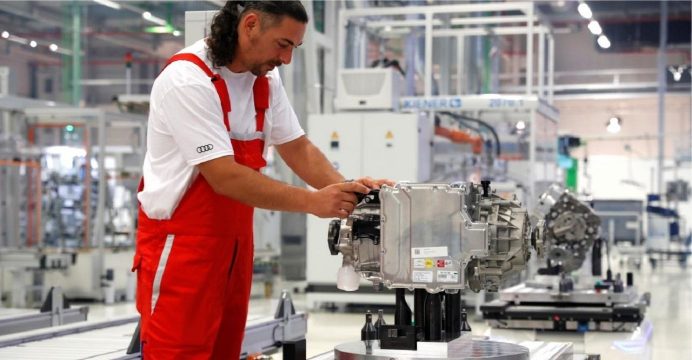 Audi has launched serial production of electric engines at its Hungarian plant, the luxury carmaker said in a statement on Tuesday.

Audi’s Hungarian unit said the engines will be made for its all-electric e-tron models. Initial daily capacity will be about 400 electric engines at the Hungarian plant, which can be increased gradually, it said.

Audi, which also makes cars in Hungary, manufactured a total of more than 1.965 million various engines at its Hungarian plant in the city of Gyor last year, and is one of Hungary’s most important exporters, reports Reuters.