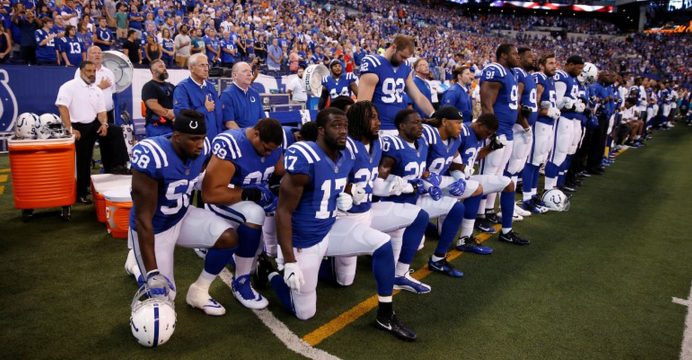 Trump wants suspensions for NFL players who kneel during anthem

U.S. President Donald Trump said on Friday that National Football League (NFL) players who do not stand for the national anthem should be suspended for the season without pay.

The comments come a day after the NFL and the union representing its players said they were working on a resolution to the league’s national anthem policy.

The policy, which was announced in May, followed Trump’s denunciation of pregame protests which were intended to call attention to what critics say is often brutal treatment of minorities by U.S. law enforcement.

Trump and others have blasted the gesture as a sign of disrespect to the U.S. flag and the military. 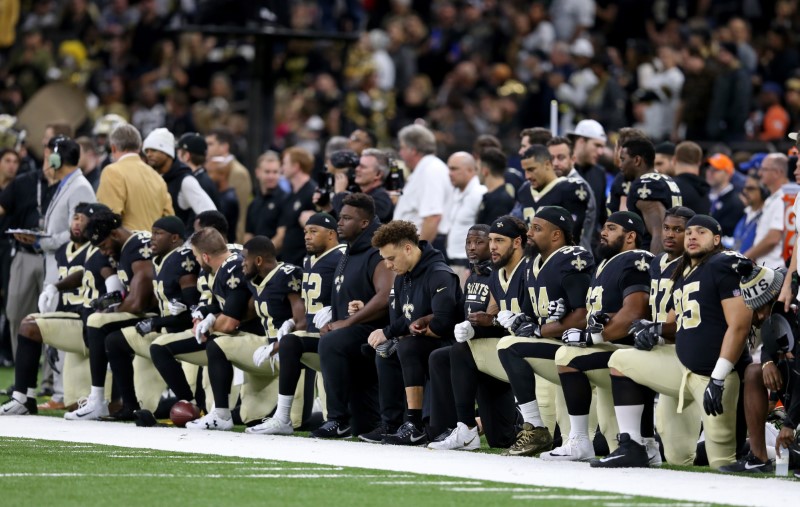 “The $40,000,000 Commissioner must now make a stand,” he said in reference to NFL Commissioner Roger Goodell.

The players union, the National Football League Players Association, recently filed a grievance over the league’s new requirement that players stand for the national anthem or wait in their dressing rooms.

The NFLPA claimed the new policy was inconsistent with the collective bargaining agreement and infringed on player rights.

The NFL and NFLPA said on Thursday no new rules relating to the anthem will be issued or enforced for the next several weeks while the confidential discussions are ongoing.