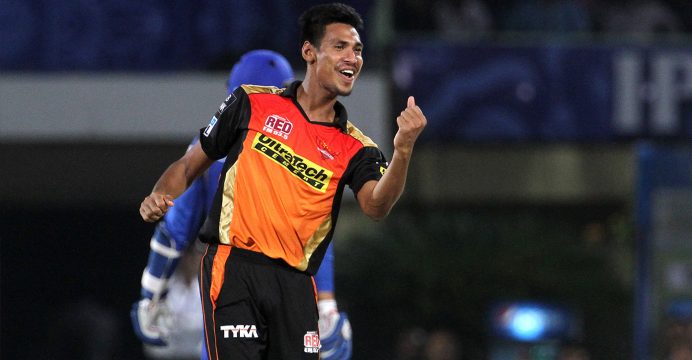 Bangladesh Cricket Board (BCB) president Nazmul Hassan has asked pacer Mustafizur Rahman not to play in foreign franchise Twenty20 leagues for the next two years to avoid recurrent injuries.

The BCB president thinks the pace is not being able to give his best performance to the national team. Mustafiz received toe injury while playing for Mumbai Indians in the Indian Premier League (IPL) this year.

The national cricket team’s poor performance in Test matches in West Indies has also prompted the BCB boss to take the decision.

“Mustafiz brought wonderful success for the national team, but now suffers from injuries recurrently. It is unfortunate that he is not being able to peform for the country due to the injuries he is picking up while playing in foreign franchise leagues. This isn’t acceptable,” Nazmul told newsmen on Friday.

He missed the three-match Twenty20 series against visiting Afghanistan in June and could not recover before the selectors announced the squad for West Indies tour.

“He can’t continue picking up injuries time and again while playing for foreign leagues and then miss the national team’s games. We provide him with medical treatment every time. I already have told him not to play foreign franchise tournaments for the next two years,” he said.

“There’re a few senior players of our country who are not interested in playing Test cricket. For example, Shakib doesn’t want to play Tests, Mustafiz too isn’t interested,” he said.

“They don’t directly say that they won’t play, but they try to skip Test matches. There are a few others who are also not interested in playing Test cricket as it is very tough,” Nazmul told newsmen.

Bangladesh was whitewashed by West Indies in the recently completed two-match Test series by wide margins. In one of the matches, Bangladesh made a record, losing all wickets in their lowest ever Test score, 43 runs.