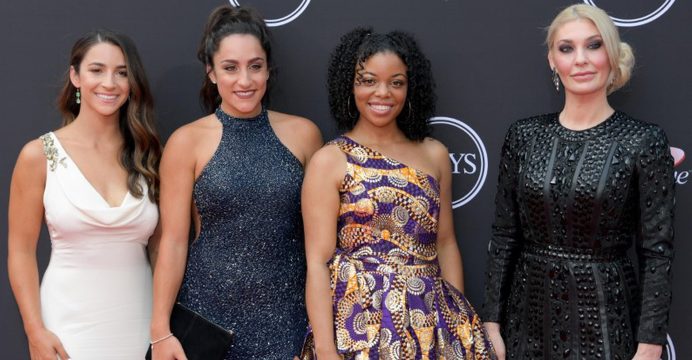 Scores of gymnasts who survived doctor’s abuse unite at ESPYs

More than 100 survivors who went public with gut-wrenching stories of abuse by former USA Gymnastics doctor Larry Nassar joined in a show of solidarity on Wednesday as they accepted an award for courage at the annual ESPYs ceremony.

The honorees smiled, held hands and exchanged hugs as they filled the stage at the glitzy event attended by top athletes and celebrities in downtown Los Angeles.

“It is a privilege to stand up here today with my sister survivors as we represent hundreds more who are not with us tonight,” said gymnast Sarah Klein, the first known victim of Nassar.

Klein, softball player Tiffany Thomas Lopez and three-time Olympic gold medalist Aly Raisman spoke on behalf of the 141 survivors as they received the Arthur Ashe Award for Courage, an honor named after the late tennis star and presented to people who make an impact beyond the playing field.

Nassar pleaded guilty in November 2017 to molesting female athletes under the guise of medical treatment in incidents dating back to the 1990s and was sentenced to life in prison. 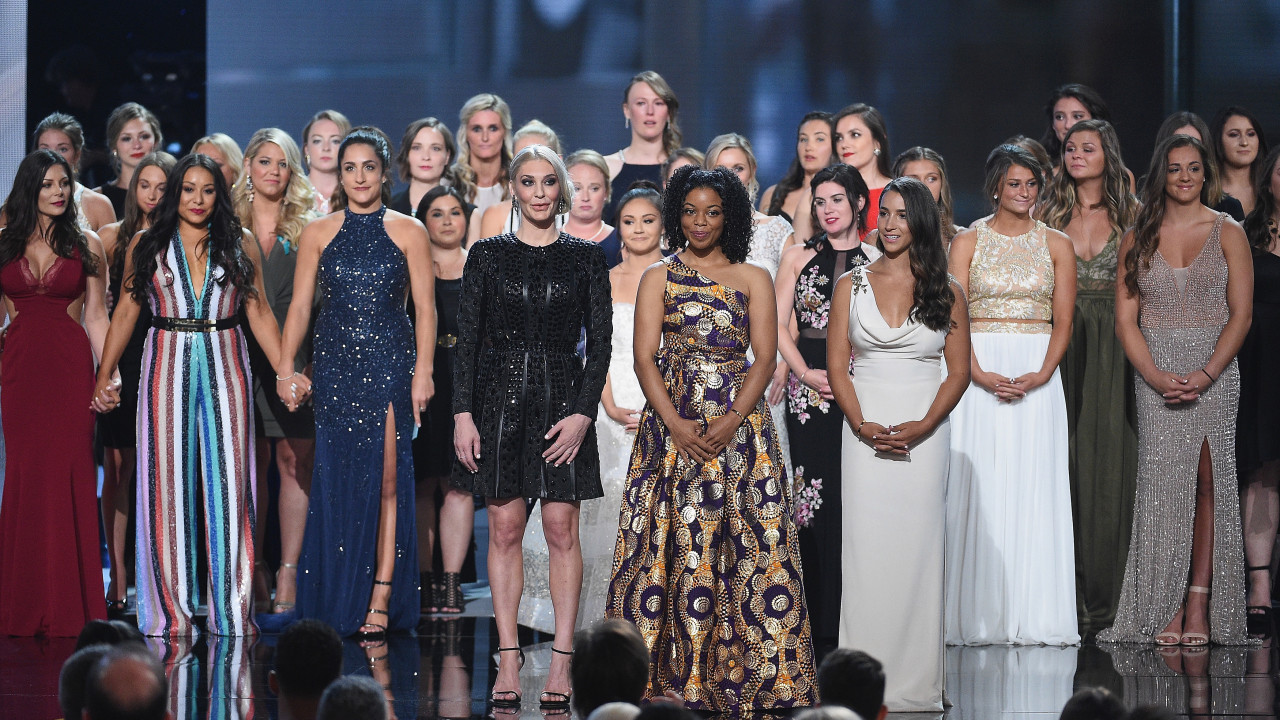 The ESPYs, which pay tribute to the top athletes and performances of the past year, are presented and televised by Walt Disney sports network ESPN.

The ESPYs also honored three coaches killed in February while trying to protect students during the shooting at Marjory Stoneman Douglas High School in Parkland, Florida. They were Aaron Feis, Scott Beigel and Chris Hixon.