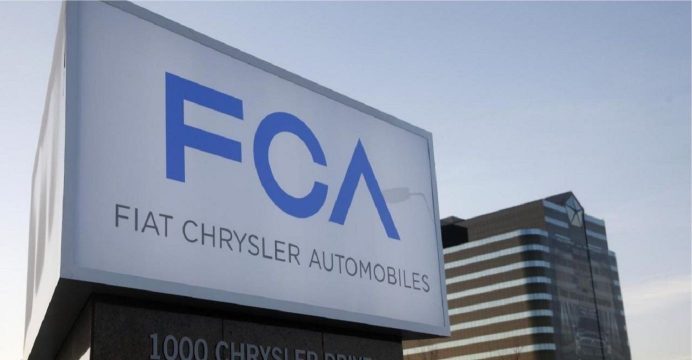 Fiat Chrysler (FCA) has kicked off its planned spin-off of parts maker Magneti Marelli which will be registered in the Netherlands and listed on the Milan stock exchange, a document outlining initial plans and seen by Reuters showed.

The spin-off is part of a plan by FCA Chief Executive Sergio Marchionne to “purify” the Italian-American carmaker’s portfolio and to unlock value at Magneti Marelli.

Analysts say Magneti Marelli could be worth between 3.6 billion and 5 billion euros ($4.2 bln-5.8 bln). It sits within FCA’s components unit alongside robotics specialist Comau and castings firm Teksid.

FCA has created a separate entity called MM Srl, the document showed, into which it will fold Magneti Marelli’s electronics and electro-mechanical operations related to racing motorbikes and racing cars, as well as 14 other holdings in various companies around the world, including Germany, Slovakia, Mexico and South Africa.

MM will be incorporated into a Dutch holding company via a cross-border merger, it added.

The move follows a similar procedure adopted by FCA for the spin-off and listing of trucks and tractor maker CNH Industrial and supercar brand Ferrari, which are both registered in the Netherlands and listed in Milan.

The Dutch holding company would allow Marchionne, known for his success in extracting shareholder value through spin-offs, to introduce a loyalty share scheme to reward long-term investors through multiple voting rights, as was the case with CNH and Ferrari. That would tighten the grip of FCA’s controlling shareholder Exor, the Agnelli family’s investment holding company, on the parts maker.

Magneti Marelli, which employs around 43,000 people and operates in 19 countries, is a diversified components supplier specialized in lighting, powertrain and electronics.

The Magneti Marelli separation is expected to be completed by the end of this year or early 2019, FCA has said.

FCA’s advisers initially looked at a possible initial public offering for the business to raise cash to cut FCA’s debt, but the Agnelli family – FCA’s main shareholder – was put off by low industry valuations and did not want its stake in Magneti Marelli to be diluted, three sources close to the matter told Reuters in March.

Magneti Marelli has often been touted as a takeover target and FCA has fielded interest from various rivals and private equity firms over the years.

South Korea’s Samsung Electronics made a bid approach in 2016 but negotiations fell through as it was only interested in parts of the business, other sources have said.