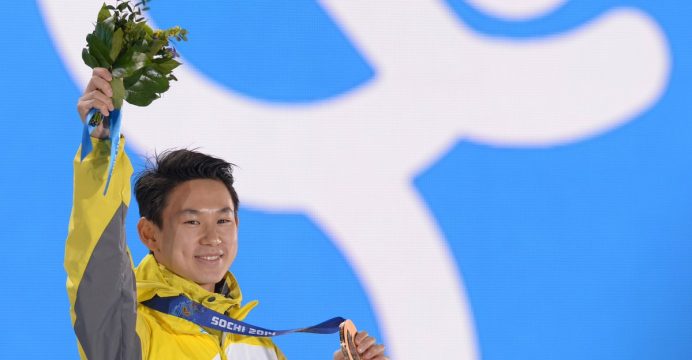 Denis Ten, the Kazakh skater who won Olympic bronze in Sochi, has reportedly died after being stabbed in the streets of Almaty. He was 25.

A report from RT.com says that Ten got into a heated argument with two men who were trying to steal the mirrors off his car. The argument turned into a physical altercation, during which Ten sustained stab wounds. He was left unconscious in the streets until a pedestrian found him and called an ambulance.

My skating friend, @Tenis_Den, passed away today. He was so kind to everyone and a huge inspiration to me and so many other people. Murdered in the streets of Kazakhstan. Denis, thank you for showing us how to be a champion. Your time with us was way too short. Love you forever.

Ten was reportedly stabbed in the upper thigh and lost three liters of blood before he was rushed to the hospital. According to Kazinform, he underwent surgery and clung to life for hours at the hospital before dying from his injuries.

Ten won the bronze medal at the 2014 Winter Olympics in Sochi. He was beloved in Kazakhstan, and even hosted an ice show in June called “Denis and Friends” in the capital city of Astana, which brought together famous skaters from around the world and coincided with the 20th anniversary of the establishment of Astana as the capital. He battled through injuries to compete in the 2018 Winter Olympics in Pyeongchang so he could pay tribute to his Korean heritage, and finished 27th.

Kazakh Minister of Culture and Sport Arystanbek Mukhamediuly shared his heartbroken reaction on Facebook, which was translated by Kazinform.

“Denis Ten is an incredible figure skater, the legend of our sport, our pride. He passed away despite the best doctors were fighting for his life. He was only 25. It is a horrific and unfair tragedy. This is a huge loss for his family and for all of us who knew, loved and respected him genuinely. […] And today our “golden boy” is gone as a result of the knife attack… It would be a miracle to save Denis. We believed in this miracle till the bitter end. Unfortunately, it didn’t happen. I would like to extend my heartfelt condolences to his family. This is an unthinkable tragedy and irreparable loss.”

The figure skating world, both fans and well-known skaters, mourned the loss of Ten on Twitter.

“Denis Ten was a great athlete and a great ambassador for his sport. A warm personality and a charming man. Such a tragedy to lose him at such a young age.” -IOC President Thomas Bach pic.twitter.com/YIZhBHy6Fi