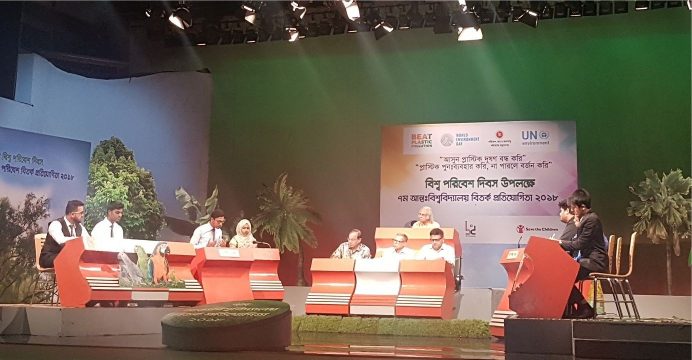 Final round of 7th inter-university environment debate held in Dhaka

The Department of Environment (DoE), BUET Debating Club and Save the Children jointly organized the debate competition to celebrate World Environment Day 2018. The final round of the seventh inter-university debate competition on the environment was held at Bangladesh Television Bhaban on July 10, 2018. Qazi Kholiquzzaman Ahmad, Chairman of Palli Karma-Sahayak Foundation (PKSF) was present as the moderator on the occasion. 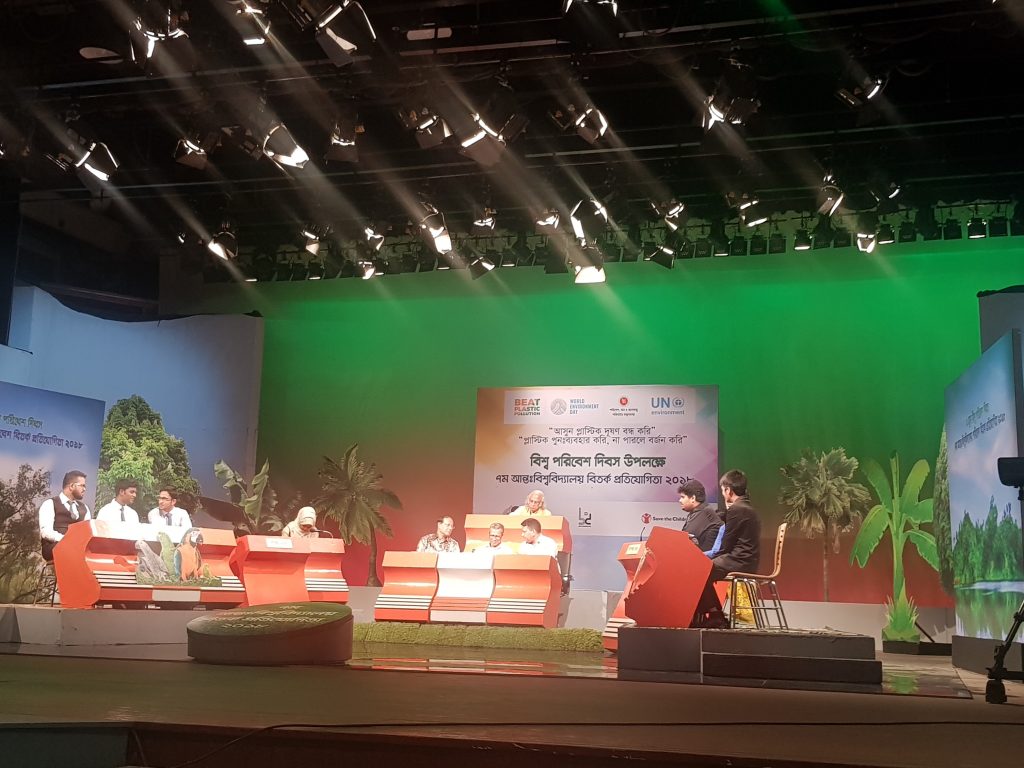 Earlier, BUET Debating Club competed against East West University Debating Club in the semifinals while Bangladesh Agriculture University battled against Dhaka University. Students from 16 public and private universities took part in the competition which began on May 14 & 16, 2018.