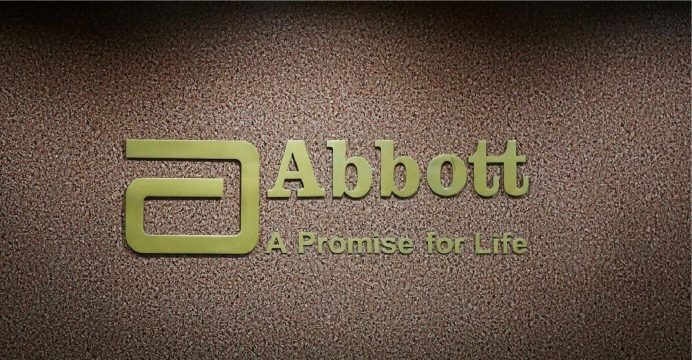 Abbott Laboratories raised its full-year earnings forecast and reported a quarterly profit that beat analysts’ estimates, powered by higher sales across its businesses.

The unit – the largest contributor to total sales with a 37 percent share – benefited from the increased adoption of the company’s sensor-based glucose monitoring system, FreeStyle Libre, which reduces the need for routine finger pricks for diabetics. The company’s rose 2.6 percent in premarket trading.

The Chicago-based company now expects adjusted earnings per share from continuing operations to be $2.85 to $2.91, compared with a prior range of $2.80 to $2.90.

Chief Executive Officer Miles White said he expected continued strong performance for the second half of the year and was confident of the outlook despite a strengthening U.S. dollar.

Sales outside the United States accounted for 65.2 percent of Abbott’s net sales in the quarter. Net earnings more than doubled to $733 million in the three months ended June 30.

Excluding items, the company earned 73 cents per share, ahead of analysts’ average estimate of 71 cents, according to Thomson Reuters I/B/E/S.

Overall, net sales rose 17 percent to $7.78 billion, beating estimate of $7.71 billion. Sales from the company’s diagnostics business jumped 47.2 percent to $1.87 billion, helped by sales of infectious disease and cholesterol tests that Abbott acquired as part of the Alere deal.