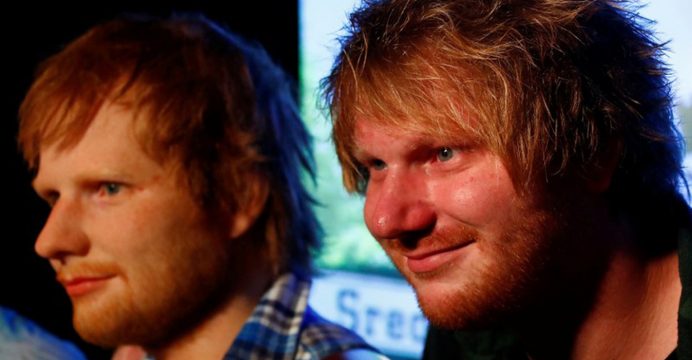 Fans of British singer-songwriter Ed Sheeran could not believe their eyes when they came to the unveiling of his wax figure in Berlin’s Madame Tussauds and saw him – or at least what they believed to be him – emerging from a limousine.

The waxwork museum had Nico Eckl, Ed Sheeran’s best-known lookalike, unveil the model of the chart-topping musician on Tuesday since the real Sheeran couldn’t come due to concerts, the museum said. 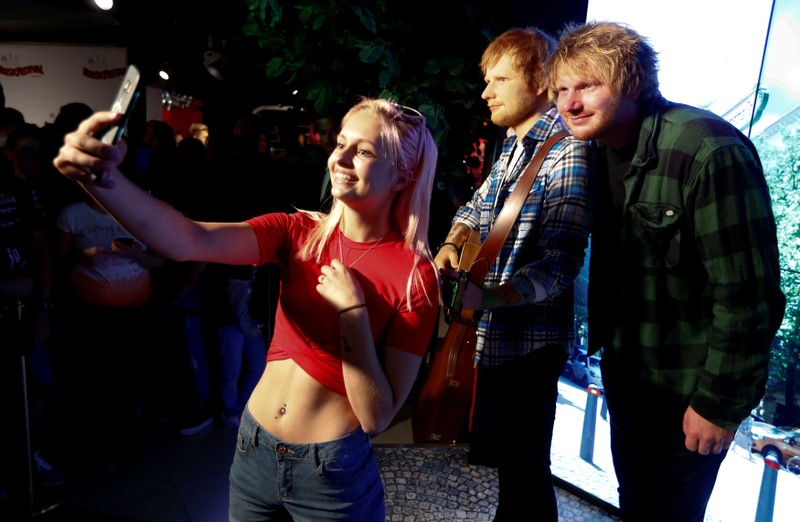 A visitor takes a selfie of Nico Eckl (R), lookalike of Ed Sheeran, as he poses beside a wax figure of musician Ed Sheeran in the Madame Tussauds wax museum in Berlin, Germany.

“We had him drive up in a limousine and hoped that the fans would go berserk and that is exactly what happened,” said Nina-Kristin Zerbe, the spokeswoman of Madame Tussauds.

“The people shouted, wanted pictures with him,” Zerbe said.

Eckl, with sunglasses covering his eyes, posed for photographers and fans with the waxwork of Sheeran, which was dressed in a blue checked shirt and featured some of the singer’s arms tattoos plus a guitar.