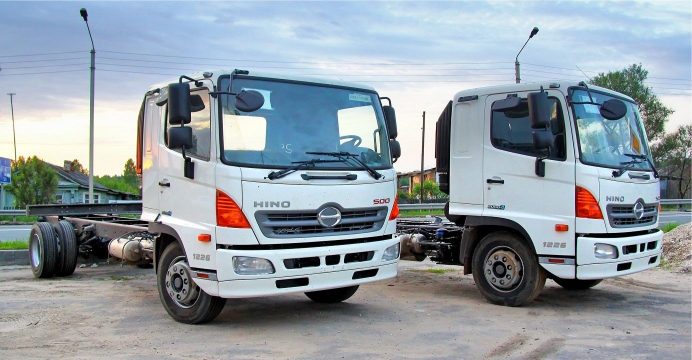 Toyota Motor Corp’s truck-making arm is adding artificial intelligence to large diesel-electric hybrids to improve fuel efficiency, at a time when rivals are focusing on all-battery-powered models in an era of tighter emissions rules.

The development comes as the market for trucks and other heavy equipment, as with passenger cars, is disrupted by new technology such as electrification and automated driving, reports Reuters.

Toyota’s Hino Motors Ltd, however, is taking a more incremental approach, expanding its hybrid lineup to larger models rather than jumping to full electrification.

It plans to launch a system in Japan in mid-2019 using GPS and gyro sensors, which sense rotational motion, to assess the best way to manage the power system of its Profia trucks – its largest diesel-hybrid models, marketed abroad as the 700 series.

Along with existing automatic cruise-control technology, the system calculates ways to limit the impact of tailgating and other driving habits which can reduce mileage, improving fuel economy by 15 percent over diesel-only counterparts.

“With this system, the vehicle can achieve better mileage regardless of the skill of the driver.”

Hino plans to sell all-battery commercial trucks from around 2020, though its lineup initially will likely be limited to smaller models due to batteries’ cost and weight considerations.

“We are developing these, but we believe it will take a while,” Endo said. “We see hybrids becoming the main powertrain used in commercial vehicles by 2030.”

Hino is among the world’s 10 biggest truck makers by sales. It sold around 170,000 vehicles last year, the majority in Japan and the rest of Asia where it dominates the market for large commercial vehicles.