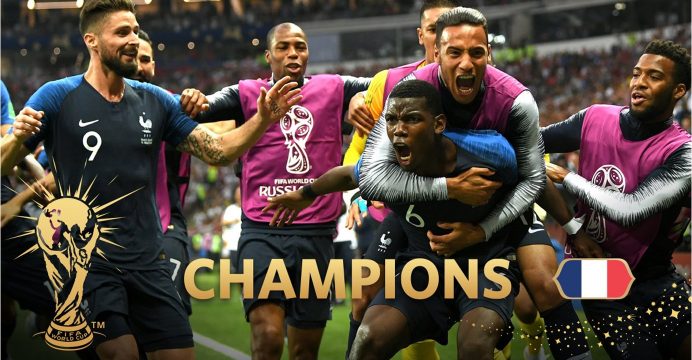 France overwhelmed Croatia 4-2 in the World Cup final at Moscow’s Luzhniki stadium on Sunday to lift the trophy for the second time in 20 years.

The French, playing their third World Cup final, were made to sweat initially and were lucky to go ahead when Croatia striker Mario Mandzukic headed an Antoine Griezmann free kick into his own net in the 18th minute, the first own goal in a World Cup final.

Croatia also felt their luck deserted them, but ultimately France ran out victorious to erase the memories of the loss to Portugal in the Euro 2016 final in Paris.

In one of the most exciting World Cup finals of the modern era, played out to a soundtrack of thunder, Croatia and France delivered an enthralling spectacle that brought the highest goal tally in a final since 1966, a pitch invasion, and a controversial intervention from the video assistant referee that had a huge influence on the outcome. 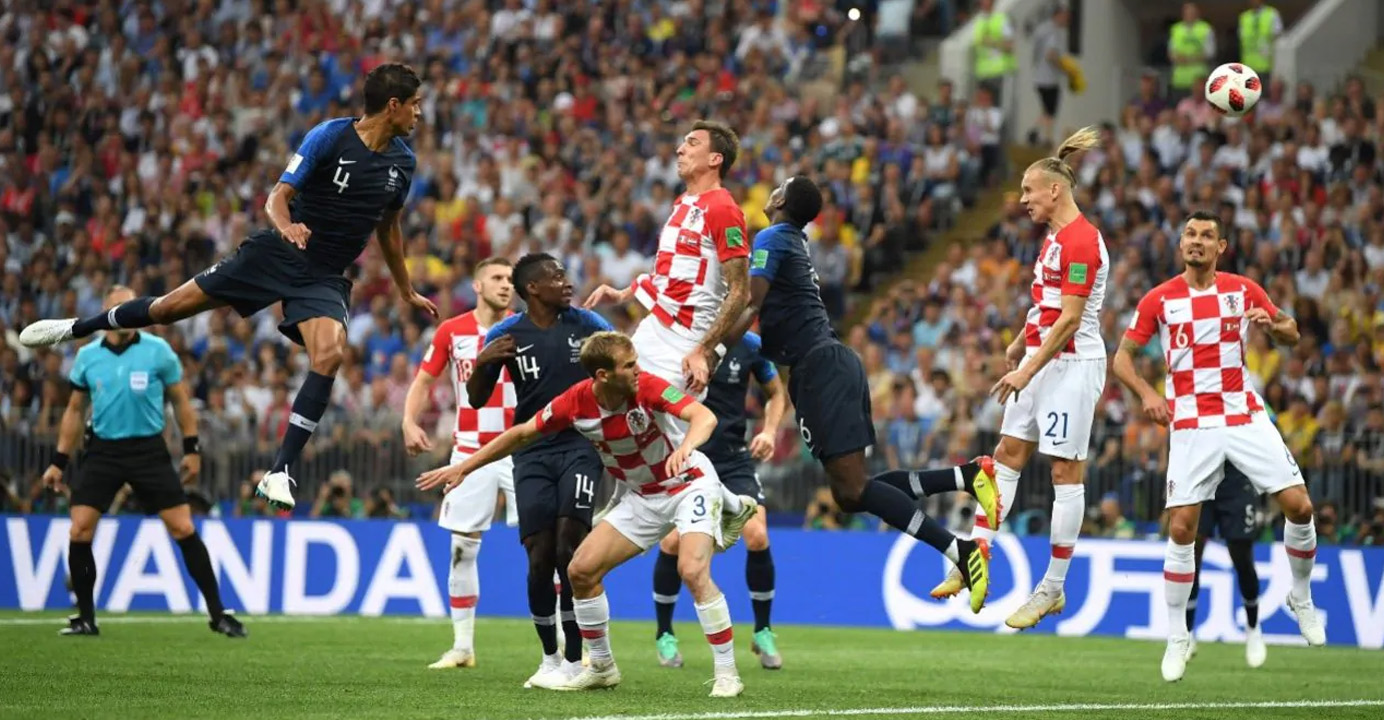 France took the lead after 18 minutes when Antoine Griezmann’s free-kick deflected in off Mario Mandzukic’s head – but Croatia were by far the better side in the first half and deservedly equalised courtesy of Ivan Perisic’s left-foot finish.

Croatia were left nursing a burning sense of injustice when France restored their lead seven minutes before half-time through Griezmann’s penalty, awarded by referee Nestor Pitana for handball against Perisic after a lengthy delay while VAR was consulted.

In a compelling second half, France looked to have wrapped it up with two strikes in six minutes from Paul Pogba and Kylian Mbappe either side of the hour mark.

Croatia, however, showed unbreakable spirit and even threatened a comeback when Mandzukic took advantage of France goalkeeper Hugo Lloris hesitating over a clearance to pull a goal back.

But France closed out the win to bring redemption for Deschamps after defeat at the Euros two years ago, sparking wild celebrations and ensuring Lloris lifted the World Cup.