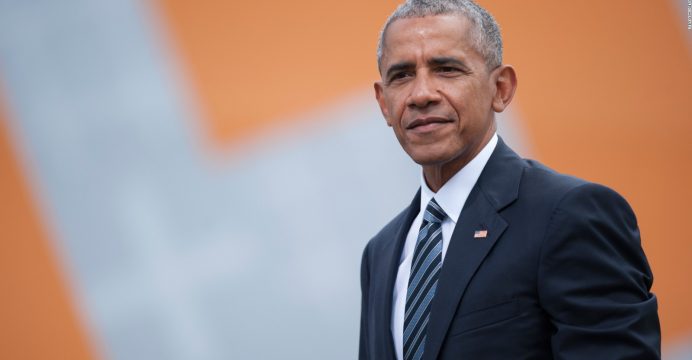 Former US President Barack Obama has arrived in Kenya.

Mr. Obama has already arrived at State House, Nairobi for a meeting with President Uhuru Kenyatta.

The former American leader is in Kenya to launch a youth center in Siaya County on Monday before heading to South Africa.

Mr. Obama is set to issue a flagship speech in Johannesburg as South Africans celebrate the 100th anniversary of Nelson Mandela’s birth this week.