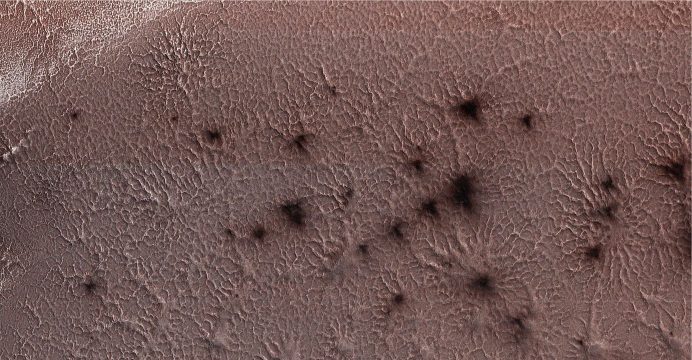 New image captured by NASA shows spiders crawling over the surface of the Mars. The photo was taken on May 13th and on Thursday, this photo was posted as NASA’s image of the day.

The scenic look at the planet’s South Pole comes from the space agency’s Mars Reconnaissance Orbiter (MRO) and it shows “spiders” emerging from the ground.

NASA says these are “spider-like radiating mounds that form when carbon dioxide ice below the surface heats up and releases.”