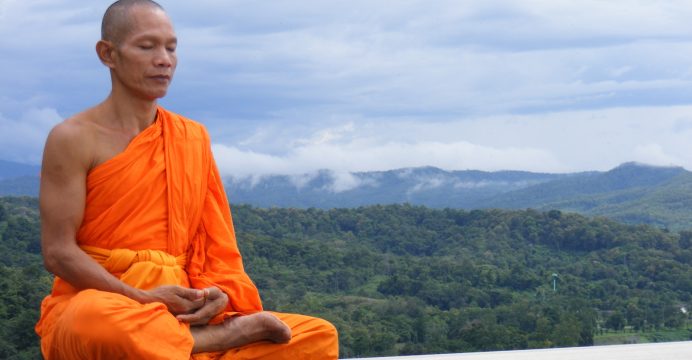 The 12 boys and their soccer coach who were trapped in a cave in Thailand for 18 days have been rescued. “We are not sure if this is a miracle, a science, or what. All the 13 Wild Boars are now out of the cave,” the Thai Navy SEALs said on their official Facebook page, referring to the name of the boys’ soccer team. “Everyone is safe.”

The coach Ekapol Chanthawong, 25, and his players, who are between the ages of 11 and 16, were exploring an underground cave after practice on June 23 when it flooded with monsoon rain. Ten days later, two British divers found the group sitting in the dark, meditating.

Reacting to a video of them in the cave, one boy’s mother pointed out that they seemed serene: “Look at how calm they were, sitting there waiting. No one was crying or anything. It was astonishing,” she told the AP.

Stanford University meditation expert Leah Weiss, who was taught by the Dalai Lama, says that meditating was probably crucial to keeping the group alive.

“ For Buddhists, meditation is a go-to when distressed or in danger,” Weiss tells CNBC Make It. “Cognitive resources that would otherwise be hijacked by the threat can be accessed once again, meaning that problem-solving capacities increase.”

And, she says, “given that insufficient air and food was a major issue for the trapped boys, meditation is actually a very practical response to both of these concerns.”

Meditation, Weiss explains, is a type of mental training that can increase your focus and compassion for others, among a wide range of other benefits. It calms you by slowing down your heart rate, your breathing and your metabolism, while decreasing cortisol levels, oxygen utilization and carbon dioxide emission.

Some of today’s most successful business leaders rely on this practice to help them in their careers. Oprah Winfrey, Salesforce’s Marc Benioff and Thrive Global’s Arianna Huffington have all said that making meditation part of their daily routines has been key to their success.

Thai volunteers celebrate while leaving the Tham Luang cave area as all 12 boys and their coach who became trapped in a flooded Thai cave more than a fortnight ago have been rescued, the Navy SEALs announced on July 10, completing an astonishing against-the-odds rescue mission that has captivated the world.
Chanthawong’s aunt explains to the AP that the coach was once a Buddhist monk, which she says “definitely helped him and probably helps the boys to stay calm.” But you don’t need years of training to meditate, Weiss says. Just some practice.

Start by taking a full breath: Feel the air go through your nostrils and into your lungs. Hold it for a few moments and then exhale fully. As you breathe out the air, envision breathing out any stress, anxiety, anger and feeling of being overwhelmed. Do this three times at your own pace.