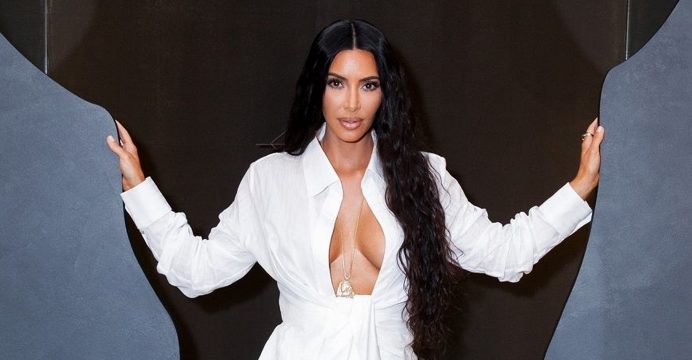 Kim Kardashian West has always been one to thrive on shock factor, especially when it comes to her social media presence. She recently took to Instagram to bring up the benefits of pineapple juice, once again.

The post featured Kim wearing a grey bathing suit, in mid action, about to open a can of something. “Google the benefits of pineapple juice” the caption read.

Kim Kardashian’s latest Instagram post is a sexy, on-brand selfie, but the photo itself isn’t what has fans talking. In the caption to the picture she shared on Saturday, Kardashian directed her followers to “Google the benefits of pineapple juice,” and it’s not clear exactly what she meant by the suggestion.

Google the benefits of pineapple juice ?

How good is pineapple juice? ??? All those amazing benefits! ? #KKTM

There’s also the fact that Kardashian is drinking Dole pineapple juice in the picture. The post doesn’t appear to be an ad for Dole, but some fans called her out in the Instagram comments for not drinking fresh juice. (For the record, Dole’s website states that its pineapple juice doesn’t contain added sugar. But if you have the means to eat whole fruit, it will generally be better for you than drinking fruit juice.)

Kardashian knew exactly how to get fans talking with her Instagram post, and she didn’t even have to explain what she meant by the caption. Hopefully, she and her sisters won’t be engaging in another “smell-off” anytime soon — the scene was way TMI, even for reality TV. But there’s no harm in drinking pineapple juice in moderation, whether or not it actually has sexy benefits.