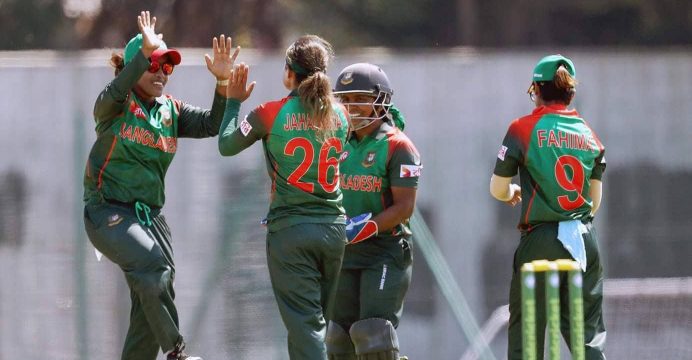 Bangladesh women cricketers continued their good work as they thrashed Scotland by nine wickets in the warm-up match of the Women’s World T20 qualifier tie at Voc Rotterdam, in Holland on Thursday.

Last week Bangladesh eves, who won the T20 series against Ireland, saw their bowlers did not waste any time as they got off into action.

Scotland won the coveted toss and elected to bat first but Tigresses bowlers were in mood to flirt with them as the Scottish openers found runs hard to come by.
It was Panna Ghosh who struck the first blow for Bangladesh as she dismissed Scottish skipper Kathryn Bryce in the fifth over match.
Once the flood gate opened, Bangladesh bowlers reaped rich harvest as they bowled them out for only 47 runs. 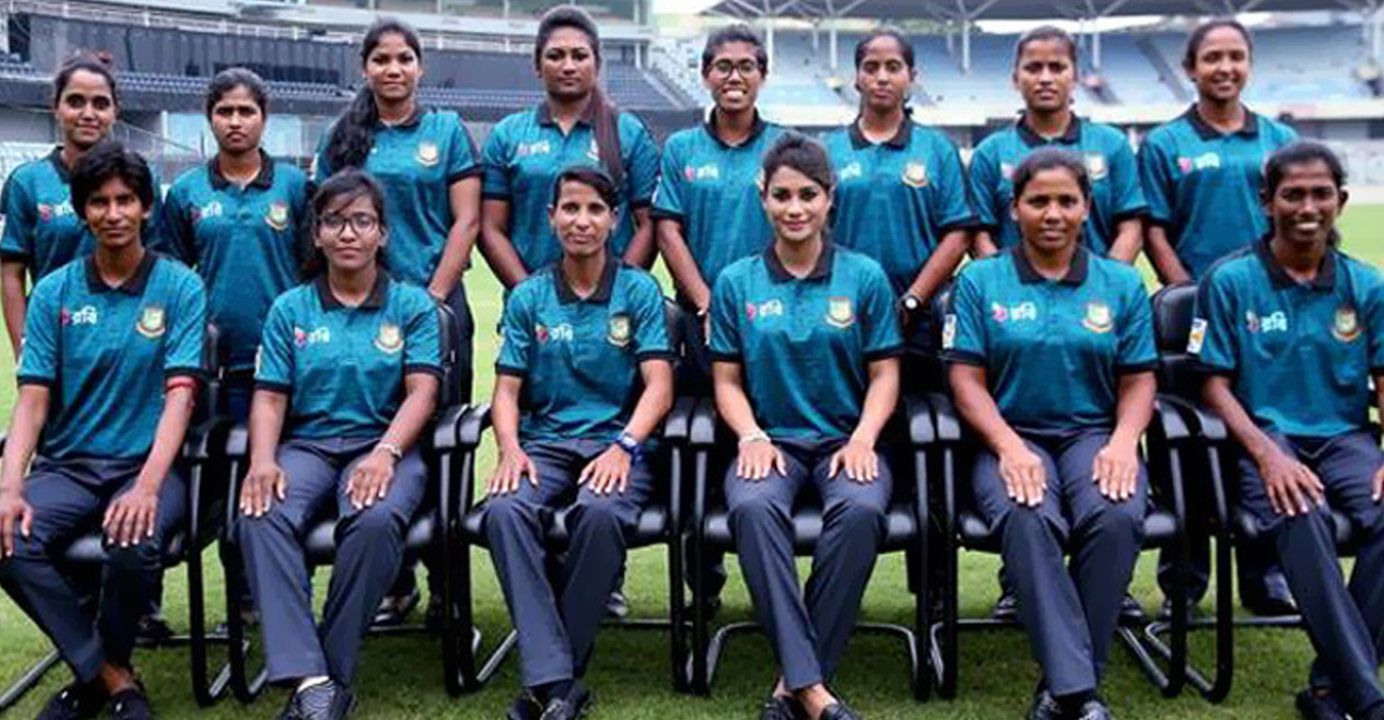 Fahima Khatun was the leading Bangladesh bowler with three wickets for one run. Rumana Ahmed with 2/8, Lily Rani Biswas with 2/10, Khadija Tul Kubra with 1/2 and Panna Ghosh with 1/9 were the other successful bowlers for Bangladesh.

Bangladesh literally strolled to their target without any sweat as they accumulated 51 for the loss of one wicket in tenth over.

Ayasha Rahman with unbeaten 23 off 20ball ( 2×4; 1×6) and Sharmin Sultana with unbeaten 18 runs off 37balls, ( 2×6) saw Tigresses raced to victory in the tenth over. Opener Shamima Sultana was the only blemish for Bangladesh as she was out for a duck in the very first over.

In the World T20 Qualifier, Bangladesh is placed in Pool A alongside Papua New Guinea (PNG), Netherlands and United Arab Emirates (UAE).

Bangladesh take on PNG in their inaugural fixture on July 7 then followed on to meet host The Netherlands on July 8 and play their final group match against UAE on July 10.

The top two teams from the eight-nation Qualifiers event will join Australia, England, India, New Zealand, Pakistan, South Africa, Sri Lanka and hosts West Indies in the tournament, scheduled to be staged from November 9-25 in the Caribbean.