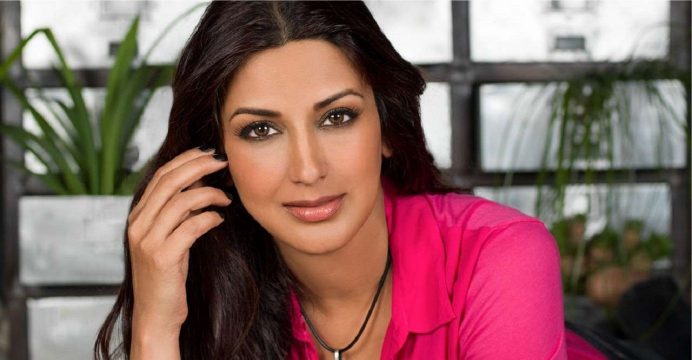 Bollywood actress Sonali Bendre has been diagnosed with high-grade cancer that has metastasized. She has posted in both Twitter and Instagram to share this news with her fans and followers.

She revealed that she is currently undergoing a course of treatment in New York. despite the alarming diagnosis, the actress has shown immense courage in expressing herself boldly. Her co-stars and members from the film industry like Karan Johar, Manish Malhotra have poured their well-wishes for her speedy recovery.

Bendre started as a model before being selected for the “Star Dust Talent Search”. She was invited to Mumbai and received training from a variety of top actors and performers of the Indian film industry. Her first role was in Aag (1994) opposite Govinda. The movie flopped, but she was noticed. She won the Filmfare Award for Lux New Face of the Year and Star Screen Awards’ Most Promising Newcomer. She married film director Goldie Behl and the couple has a son. She was a celebrity judge on a reality TV show until a week ago.