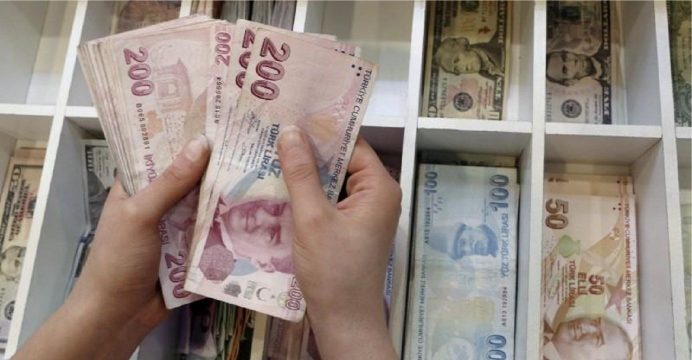 Inflation in Turkey surged to over 15 percent in June for the first time in almost one-and-a-half decades, official statistics showed on Tuesday, putting new pressure on the government of President Recep Tayyip Erdogan to quell rising prices.

Consumer prices rose 15.39 percent in June from the same period the year earlier, sharply up on the 12.15 percent reading in May, according to the Turkish statistics office.

The highest annual rise in the month was seen in transport services, up 24.26 percent, and in prices of furnishings and household appliances, up 18.91 percent.

Also among the chief drivers of the rise were sharp hikes in the prices of basic foodstuffs like onions, potatoes and carrots.

Battling inflation will be a key issue for Erdogan’s new administration after he won presidential and parliamentary elections in the first round on June 24 with new enhanced powers as head of state.

The last time inflation in Turkey topped 15 percent was in late 2003, a year after Erdogan’s ruling party first came to power and when the country was emerging from financial crisis.

The data makes a mockery of the central bank’s inflation target of 5 percent and even its 2018 forecast of 8.4 percent.

The data added to pressure on the Turkish lira, which has lost over 23 percent in value against the dollar this year. It lost around 0.95 percent in value to trade at 4.67 against US dollar.

Markets are on tenterhooks to see who Erdogan appoints as his main economic policymakers in an indication of what policy he will pursue in the new term.

Jason Tuvey, senior emerging markets economist at London-based Capital Economics, said the extent of the rise in inflation was “likely to be enough to prompt a reaction from the central bank.”

He said that after the election “positive noises” had been detected from Erdogan advisers “that the central bank will be allowed to tackle high inflation.”

Turkey’s central bank is nominally independent but Erdogan has irritated markets by repeatedly pressuring the bank to keep rates low.