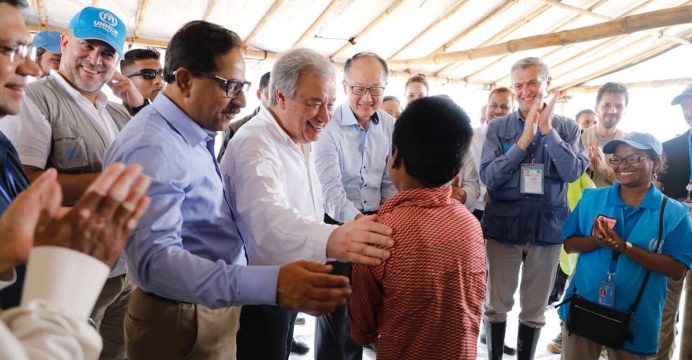 “I’ve just heard unimaginable accounts of killing and rape from Rohingyas who recently fled Myanmar. They want justice and safe return home,” Guterres said in his twitter accounts during a visit in Rohingya camps of Cox’s Bazaar today.

Ahead of the visit early today, in his another tweet, the UN chief said the Rohingyas are one of the most discriminated and vulnerable communities on earth. 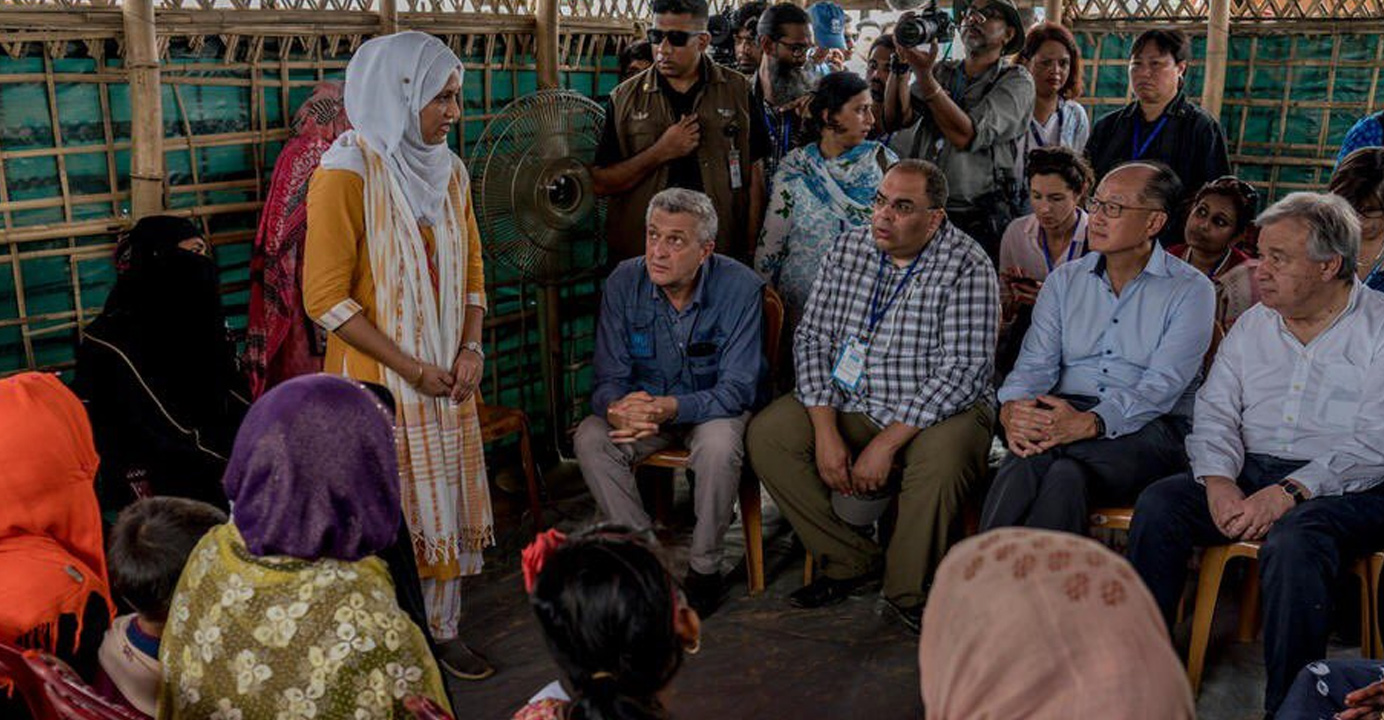 “The Rohingya crisis is a humanitarian and human rights nightmare. I thank Bangladesh for its generosity in hosting the displaced Myanmar nationals,” he said.

The UN chief along with The World Bank Group President Jim Yong Kim reached Cox’s Bazar on a special flight of Biman Bangladesh airlines at 8:45am to visit different Rohingya camps there.

Around 700,000 Rohingyas took shelter in Bangladesh from Myanmar’s Rakhine state since last August following the brutal military actions termed by UN as “ethnic cleansing” and “genocide” by rights groups.