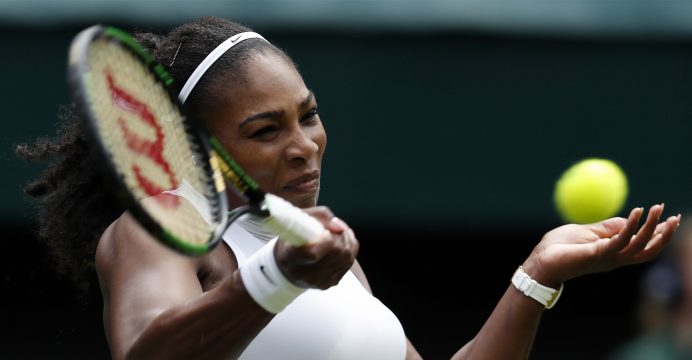 Seven-time Wimbledon champion Serena Williams has been seeded 25 for this year’s women’s singles by the organisers despite being ranked 183 in the world.

The 36-year-old — who was not seeded for the French Open — has made only a tentative return to action following complications during daughter Alexis Olympia’s birth. Some had argued against her being seeded with world number 32 Dominika Cibulkova telling the BBC it would be ‘unfair’ as she would be the player to lose out as there are 32 seeds.

The All England Club usually follows the WTA ranking list, but reserves the right to make a change if it “is necessary to produce a balanced draw”.