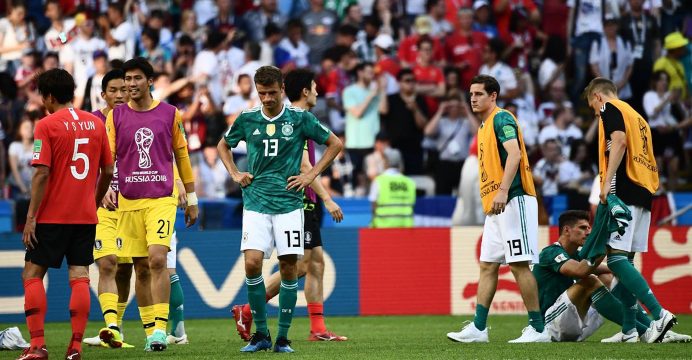 Defending world champions Germany crashed out of the World Cup after a shock 2-0 loss to South Korea on Wednesday, courtesy of two stoppage-time goals, reports Reuters. 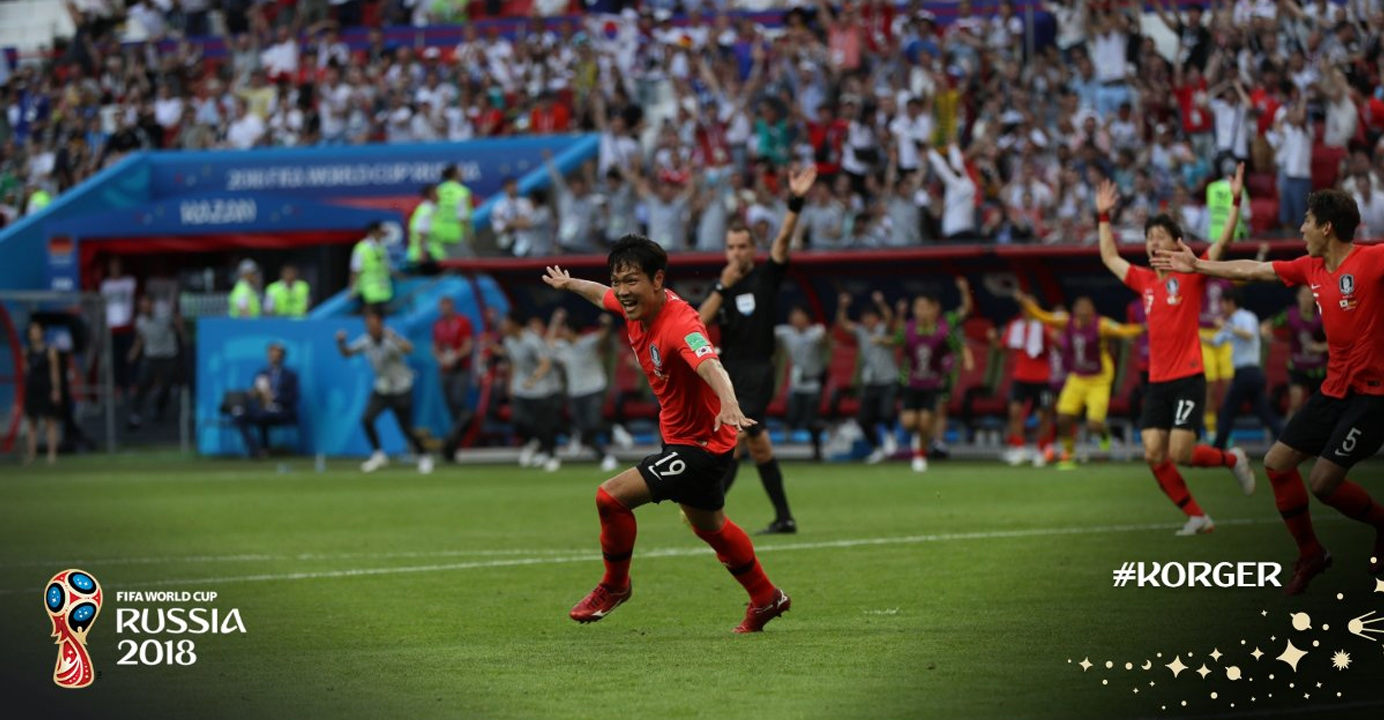 The four-time winners, who had not been eliminated in a World Cup first round since 1938, were a shadow of their once dominant selves, managing only two goals in their three group games.

South Korea, also eliminated, had the best early chance of the game when Germany keeper Manuel Neuer spilled a free kick in the 19th minute but managed to recover quickly and slap the ball away.

Nervous Germany increased the pressure after the break and poured forward but despite a one-sided second half they could not find the back of the net before South Korea’s last-gasp double.