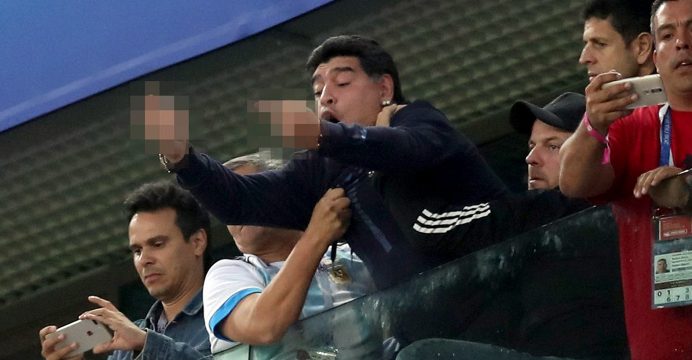 Diego Maradona has been treated by paramedics following Argentina’s dramatic 2-1 victory over Nigeria at the 2018 World Cup.

The 57-year-old could be seen being helped from his seat at the St Petersburg Stadium, before collapsing into a chair inside the stadium.

Video posted online showed the enigmatic Maradona, who had been expressive throughout the game from his mid-level seat, requiring help to return to the adjoining luxury box. 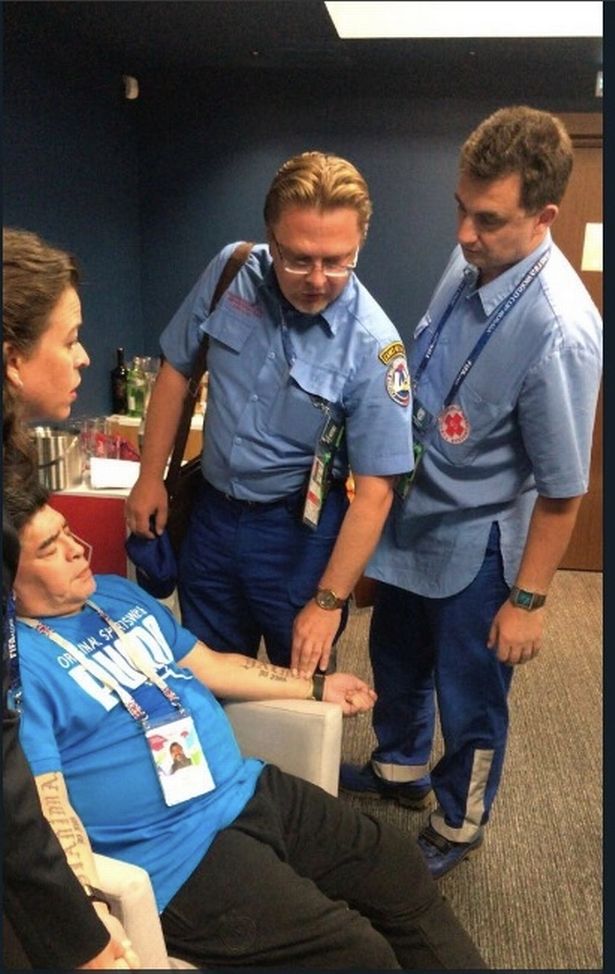 A photograph showed paramedics treating the 57-year-old in the box. Argentine newspaper La Nacion reported that he was checked for low blood pressure but was later able to leave the area walking under his own power.

He was immediately attended to by Russian paramedics and Argentine newspaper Cronica and ESPN in Latin America reported that he was transported to a local hospital shortly afterwards.

Maradona, Argentina’s hero at their title-winning World Cup in 1986, had been a common sight on FIFA’s cameras throughout the game and celebrated Argentina’s winning goal in the 86th minute by showing an obscene gesture with both hands.