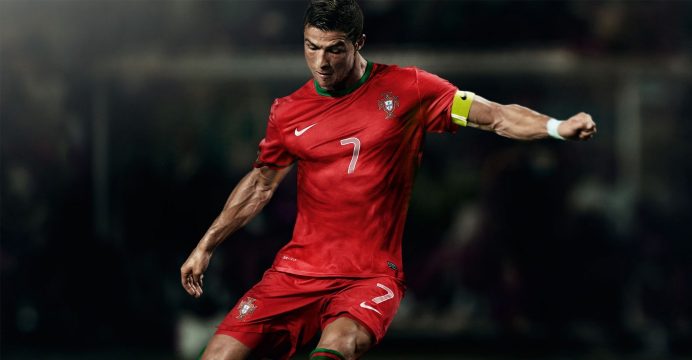 Ronaldo in need of Portugal supporting cast to perform

Cristiano Ronaldo’s off-night against Iran nearly cost Portugal their World Cup dream and underlined the stark need for his team-mates to contribute more in support of the Real Madrid superstar.

Ronaldo carried Portugal through their first two group games, hitting a memorable hat-trick in a 3-3 draw with Spain before netting the winner in a gritty 1-0 victory over Morocco.

That left the European champions requiring just a point from their clash with Carlos Queiroz’s Iran in Saransk, but an uncharacteristic display from Ronaldo had them sweating over a place in the last 16.

The five-time world player of the year missed a penalty that would have given Portugal a 2-0 lead, Ronaldo was then perhaps fortunate to receive just yellow after an elbow on Iran defender Morteza Pouraliganji.

A disputed Iran penalty set up a tense final few minutes for Portugal, who only advanced to the knockout rounds after Mehdi Taremi fired a last-gasp chance into the side netting. 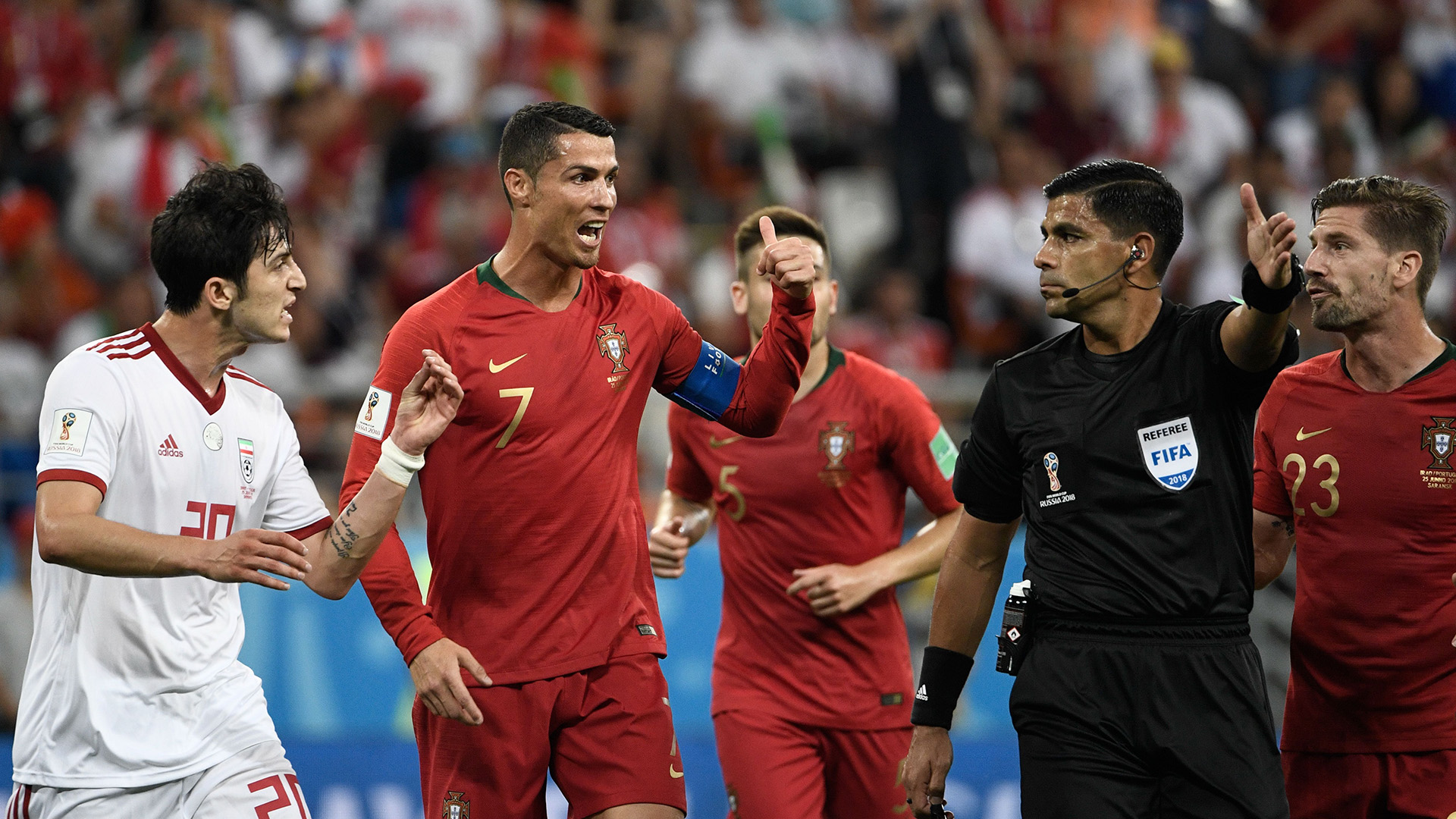 Qualification was at last assured, albeit with an upcoming tie against Uruguay rather than hosts Russia, but Ronaldo was far from impressed.

“I understand, it’s normal. The best players in the world face that when there isn’t an opportunity to really make it happen,” said Portugal boss Fernando Santos.

“That hurts a lot more to them than to other players. They always want to win. They want to be the best and refuse to fail, and when they fail they get very upset.”

Santos attempted to relieve some of the burden on Ronaldo by aligning Andre Silva alongside the Portugal captain in attack, with Ricardo Quaresma also handed his first World Cup start.

While Quaresma rewarded his coach with a stunning opening goal just before half-time, Silva offered little as Ronaldo found himself isolated and his opportunities limited. 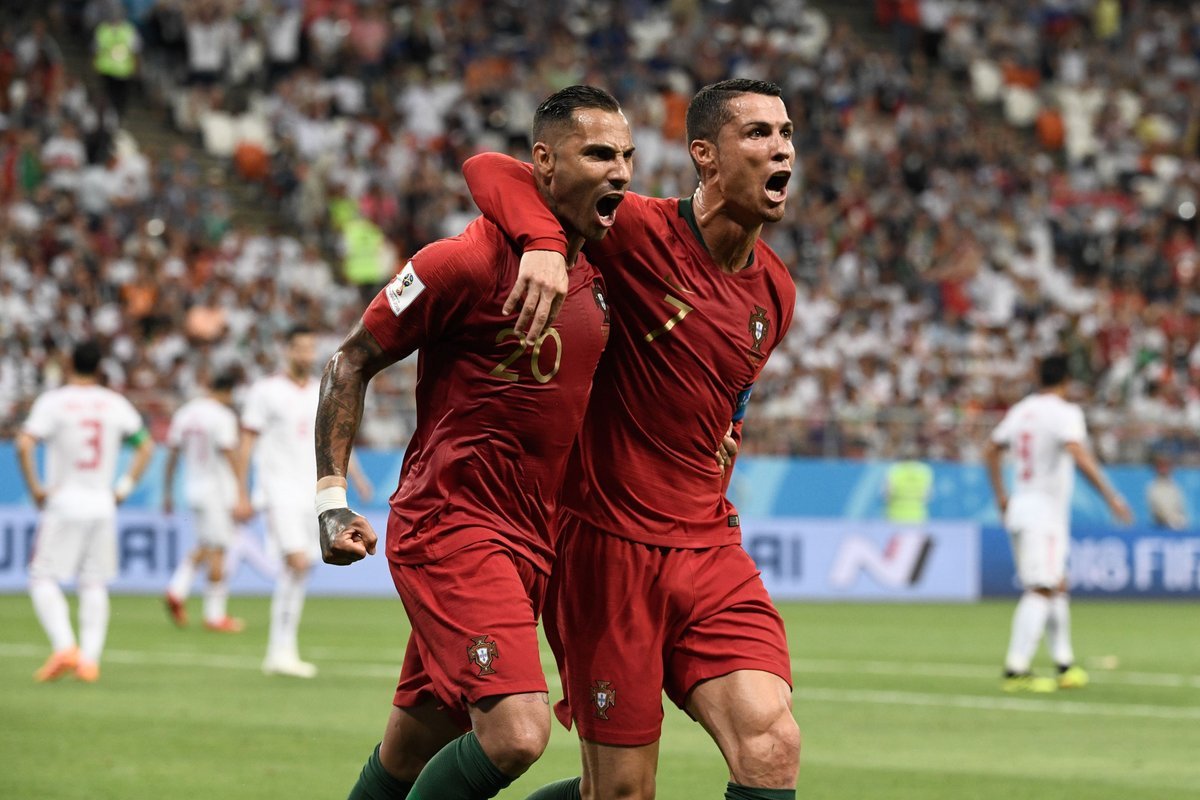 Goncalo Guedes and Bernardo Silva were dropped after failing to shine in the opening two games, but Monday’s performance showed Portugal are still scrambling to find the dynamic that best supports Ronaldo.

“There were lots of misplaced passes, the tempo was slow after the first 15 minutes,” Santos said in the wake of the Morocco match. “Our team is strong but we must progress. We must do better than that.”

Next up for Portugal is a Uruguay team, marshaled by the rugged centre-back pairing of Diego Godin and Jose Maria Gimenez,that has yet to concede in Russia.

“We have our weapons and we must try to make the most of them,” Santos said on Monday.

Gelson Martins, the talented young winger who made a 30-minute appearance off the bench against Morocco, is another option who could be called upon going forward.

The question is not if Portugal have the weapons but whether they can be assembled in a way that plays to Ronaldo’s strengths at his fourth and likely final World Cup.