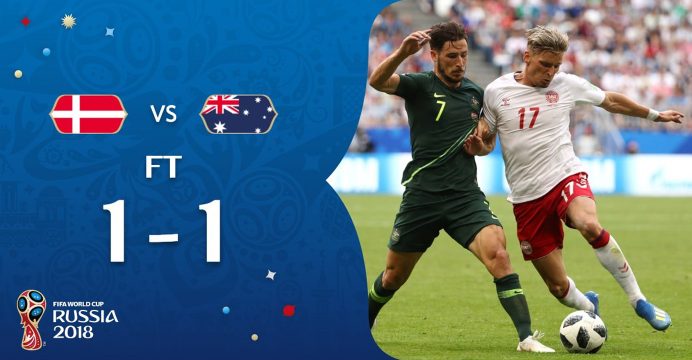 Denmark was forced to share point with Australia when their match ended in a pulsating 1-1 goal draw in their group C match of the FIFA World Cup held on Thursday at Cosmos Arena, Samara, Russia.

In the day’s match Eriksen put Denmark ahead early in the 7th minute. The spade work was done by Jorgensen who makes this with some superb forward play, taking the ball down in the box and swiveling, before feeding Eriksen.

It was not an easy chance… Eriksen, on the half volley with the ball rising, slams it left footed past Ryan from around 15 yards to open the account for Denmark with fantastic goal!(1-0) 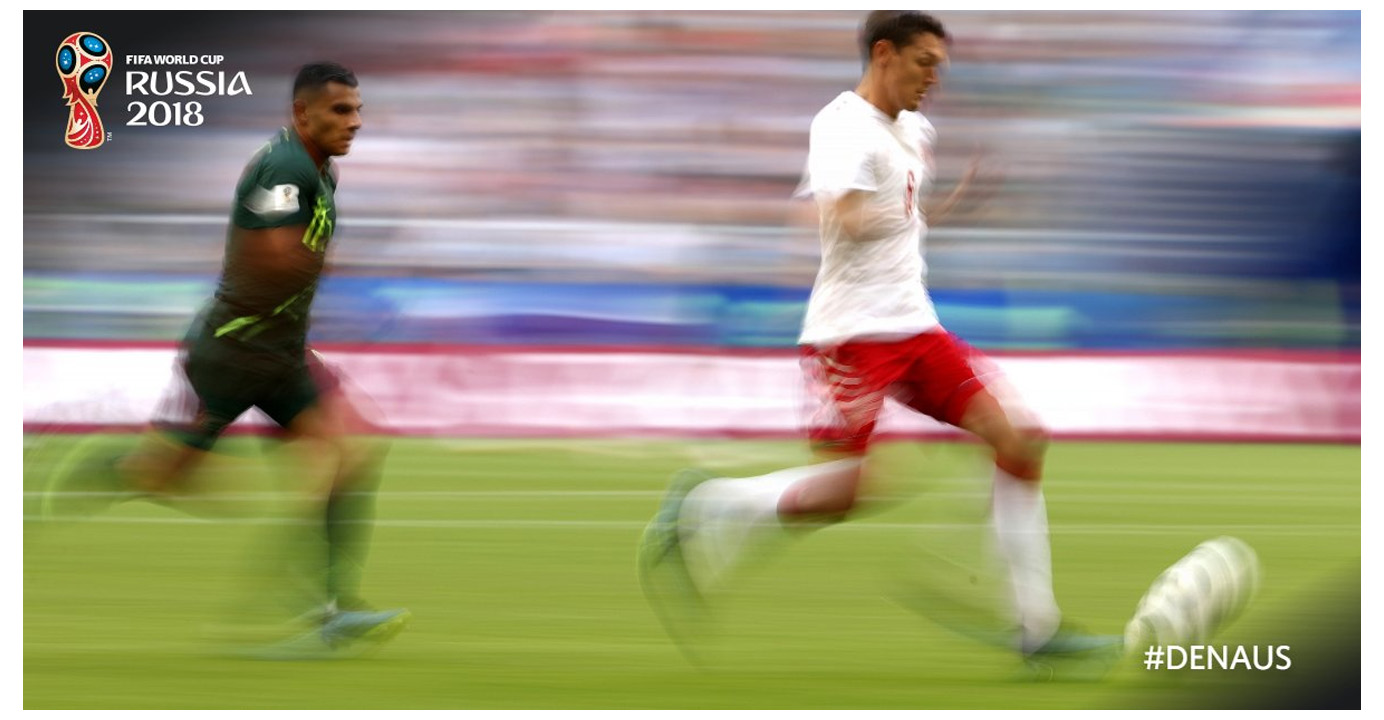 Australia woke up from the slumber and pressed hard to earn a penalty. The referee sees a hand, and gives a penalty on review!! Denmark’s Poulsen may be unlucky, he’s just a yard away from Leckie as he heads it against him and ball ricocheted to his hand.

Jedinak just like Australia’s first game, steps to grabs his second penalty of the tournament, beating Schmeichel with deft shot at the right corner with GK going to left! The Schmeicel who plays for Leicester in English Premier League had no answer to a brilliantly taken penalty.

After the day’s outcome, Denmark secured four points while Australia bagged one point.

Denmark, earlier in their previous fixture beat Peru by a solitary goal while Australia suffered a 1-2 goal defeat at the hand of France, both their respective group opening matches.

Denmark will play their next group match against France while Australia will meet Peru on June 26.