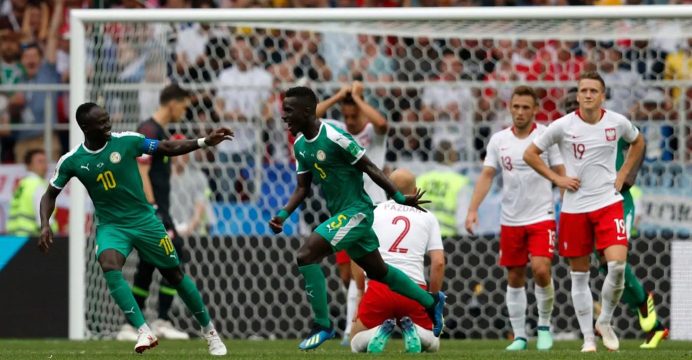 Senegal recorded the first African win at the 2018 World Cup when they beat Poland 2-1 on Tuesday thanks to a deflected Thiago Cionek own goal and a terrible error by Polish ‘keeper Wojciech Szczesny.

West Bromwich Albion midfielder Grzegorz Krychowiak got Poland back in the game with an 86th-minute header but Senegal hung on at Moscow’s Spartak Stadium.

In a match billed as a straight fight between super-strikers Robert Lewandowski and Sadio Mane, neither scored but Liverpool striker Mane set up Idrissa Gueye for the shot that took a wicked deflection off Cionek, leaving Szczesny totally wrong-footed in the Polish goal for Senegal’s opener on 37 minutes. 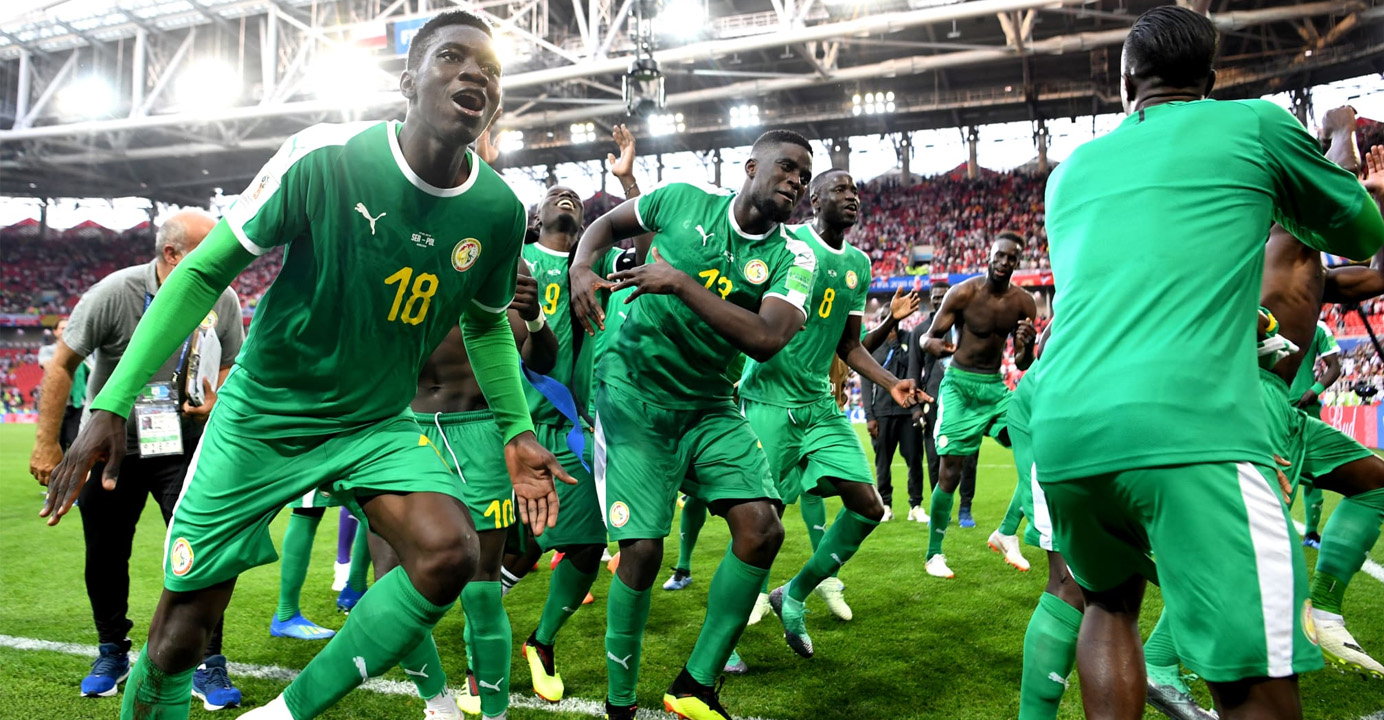 The west Africans doubled their lead on the 60-minute mark when the experienced Juventus goalkeeper had a moment to forget.

Krychowiak put Poland in trouble with a woeful bouncing back pass, but Szczesny opted rashly to charge out of his penalty area. The speedy Mbaye Niang got in front of his defender, nicked the ball away from Szczesny and rolled it into the empty net.

The goal sparked wild celebrations among the Senegalese players and incredulity among Poland’s.

After a tight first half hour, it was the always-threatening Niang who was at the heart of Senegal’s opening goal.

The Torino winger won the ball on the halfway line and fed Mane who rolled it sideways to Everton striker Gueye, whose shot skewed off Cionek’s leg and into the net.

Senegal, the 2002 quarter-finalists, could have pressed home their advantage two minutes later but Salif Sane failed to connect with a header.

Minutes after half-time, Sane was fortunate not to be sent off for a challenge on Lewandowski when he brought down the Polish striker as he charged towards goal. He escaped with a yellow card.

Lewandowski curled the free kick over the Senegal wall but Khadim Ndiaye — the only African-based player in Senegal’s squad — pushed it away.

Krychowiak connected with Kamil Grosicki’s cross to give Poland hope, but they were unable to make up the deficit despite four minutes of injury time.

On Sunday, Senegal play Japan, who beat Colombia 2-1 earlier in the day, while Poland will face the South Americans.