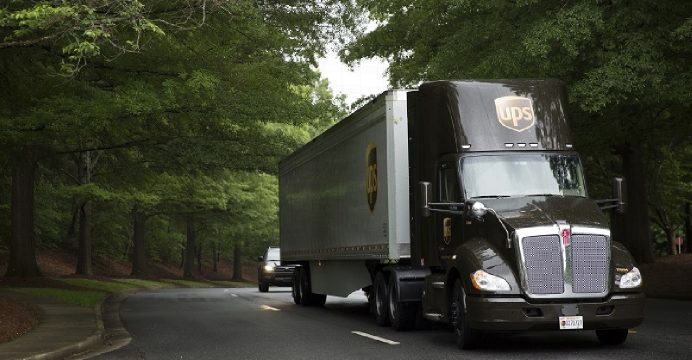 Package delivery company UPS on Tuesday said it will invest $130 million to buy 730 compressed natural gas vehicles and build five more domestic CNG fueling stations as the industry moves to shift from petroleum-burning vehicles to those that use less-polluting alternative fuels.

United Parcel Service Inc, along with rivals such as FedEx Corp and Deutsche Post AG unit DHL, faces pressure from regulators in major cities around the world to lessen the environmental impact of its fleet, reports Reuters.

UPS has set a goal to have a quarter of the new vehicles it buys running on alternative fuels by 2020. UPS also aims to replace 40 percent of its ground transportation fuel with sources other than conventional gasoline and diesel.

“We strongly believe further investment in our natural gas fleet is a key element to help us achieve our long-term goals for reducing our CO2 emissions,” said Carlton Rose, president of global fleet maintenance and engineering for UPS.

This latest move will bring its investment in alternative fuel vehicles and related projects to more than $1 billion over the last decade, Atlanta-based UPS said.

UPS said Daimler AG’s Freightliner and Paccar Inc’s Kenworth will supply a total of 400 semi-tractors that pull trailers of goods, and that Terminal Investment Corp, or TICO, will supply it with 330 terminal trucks that move trailers at UPS sorting facilities.

Deliveries of the new vehicles will start this summer and be completed by the end of November, Mike Casteel, director of fleet procurement for UPS, said.

They will become part of UPS’ “rolling laboratory” of roughly 9,100 low-emission vehicles, including all-electric, hybrid electric, ethanol and CNG vehicles, to learn which technology works best for particular routes, the company said.

UPS separately has partnered with Workhorse Group Inc to build an all-new electric delivery van with a driving range of 100 miles (160 km), the first of which may be delivered this year, Casteel said. It also has pre-ordered 125 electric semi-trucks from Tesla Inc.

Its new CNG fueling stations will be in Goodyear, Ariz., Plainfield, Ind., Edgerton, Kan., Fort Worth, Texas, and Arlington, Texas. Most stations will open in 2019, the company said.

UPS currently operates more than 50 natural gas fueling stations across the United States, as well as one in Vancouver, Canada, and one in Tamworth, United Kingdom.