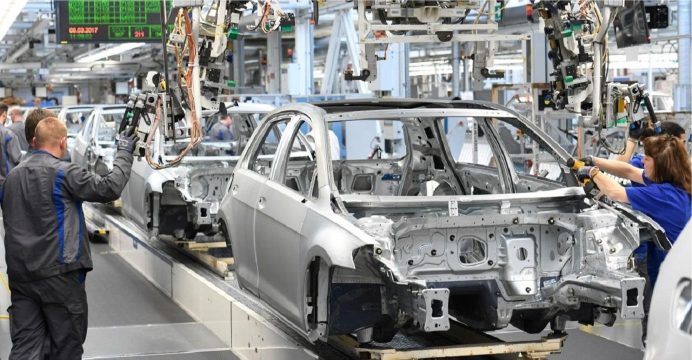 According to a Wiesbaden-based government agency, 5.6 million people were employed by German manufacturing firms with a headcount of at least 50 staff at the end of April, reports BSS.

It marked a 2.7 percent increase compared to April 2017 and the highest overall employment since the beginning of official measurements by the Federal Statistical Office in 2005.

The fastest rate of increase in staff numbers was recorded in firms producing data processing-, electronic- and optical devices (plus 4.1 percent), followed by engineering products (plus 3.4 percent) and metal products (plus 3.3 percent).

The number of hours worked in the German manufacturing industry rose 9.5 percent from a year earlier, to 712 million hours, while the earnings rose by 5.7 percent to a total of 25.9 billion euros (30 million U.S. dollars).

The upbeat figures appeared to defy several recent studies which have warned that storm clouds are increasingly gathering over the German economy.

An escalating conflict over trade between the European Union (EU) and the U.S. in particular is seen as posing a major risk to the prospects of the country’s export-oriented manufacturers, while firms have complained about growing difficulties in meeting high consumer demand due to a lack of skilled labor.

In spite of the strong monthly performance for the manufacturing employment, an official growth forecast published by the German central bank (Bundesbank) on Friday cautioned that there was likely to be a lag between the materialization of related risks and the response of domestic companies with regards to hiring practices.

According to the Frankfurt-based institute, Germany was currently at the peak of a growth phase which was likely to yield to slightly slower rates of gross domestic product (GDP) expansion in coming years.