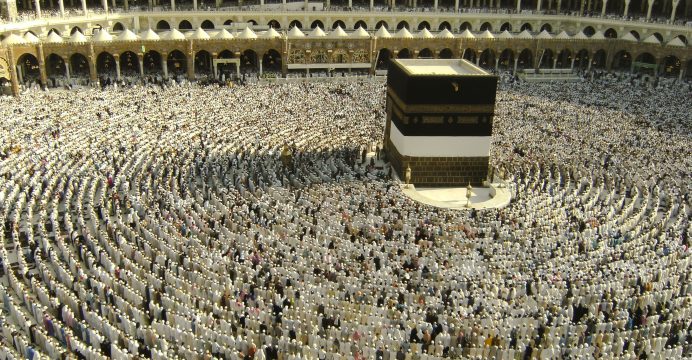 A Bangladeshi man has thrown himself to death from the first floor into the Kaaba circumambulation area in the second suicide case at the Haram Sharif Grand Mosque in Saudi Arabia’s Makkah in one week.

A Sudanese man in his fifties also suffered serious fractures and injuries during the last Tarabih prayers of Ramadan as the Bangladeshi man fell on him, reports the Gulf News.

The injured man was taken to the nearby Ajyad hospital then to Noor Hospital for treatment, the report said, citing Saudi news site Sabq.

It neither named the Bangladeshi victim, not did it provided his details.

It said security forces checked the surveillance cameras and noticed that the Bangladeshi man jumped over the fence on the first floor.

Last week, a 26-year-old Frenchman died by suicide at the Grand Mosque by jumping from the rooftop.

The mosque was the busiest area in the Muslim world on Wednesday evening with more than two million worshippers performing the last Tarabih prayers of Ramadan this year, according to the report.