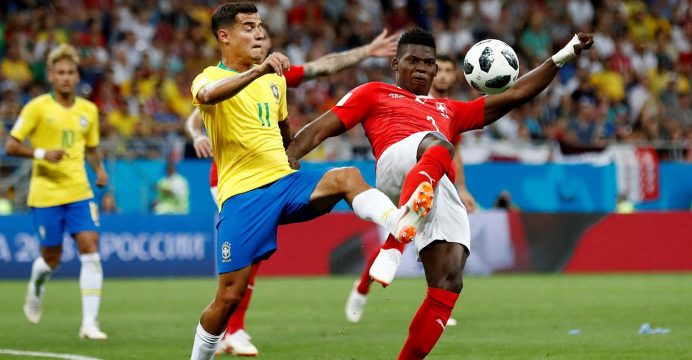 Coutinho scorcher not enough as Brazil held 1-1 by Swiss

Brazil joined the host of big guns who have failed to fire in their opening World Cup game as lax defending from a corner allowed Switzerland to cancel out Philippe Coutinho’s spectacular curling strike and grab a 1-1 draw on Sunday.

The five-times world champions took a deserved lead midway through the first half in the Group E game when Coutinho’s irresistible long-distance shot cannoned in off the far post, but Tite’s side, who had looked so impressive in the tournament build-up, did not build on their advantage.

The highly organised Swiss hit back early in the second period from one of their few chances as Brazil’s Casemiro and Miranda switched off and the unmarked Steven Zuber barely had to leave his feet to nod in Xherdan Shaqiri’s whipped corner.

Brazil went all out in pursuit of a winner and came agonisingly close to finding it as Coutinho and Miranda lashed wide from inside the area while Neymar and substitute Roberto Firmino were denied by Swiss goalkeeper Yann Sommer. 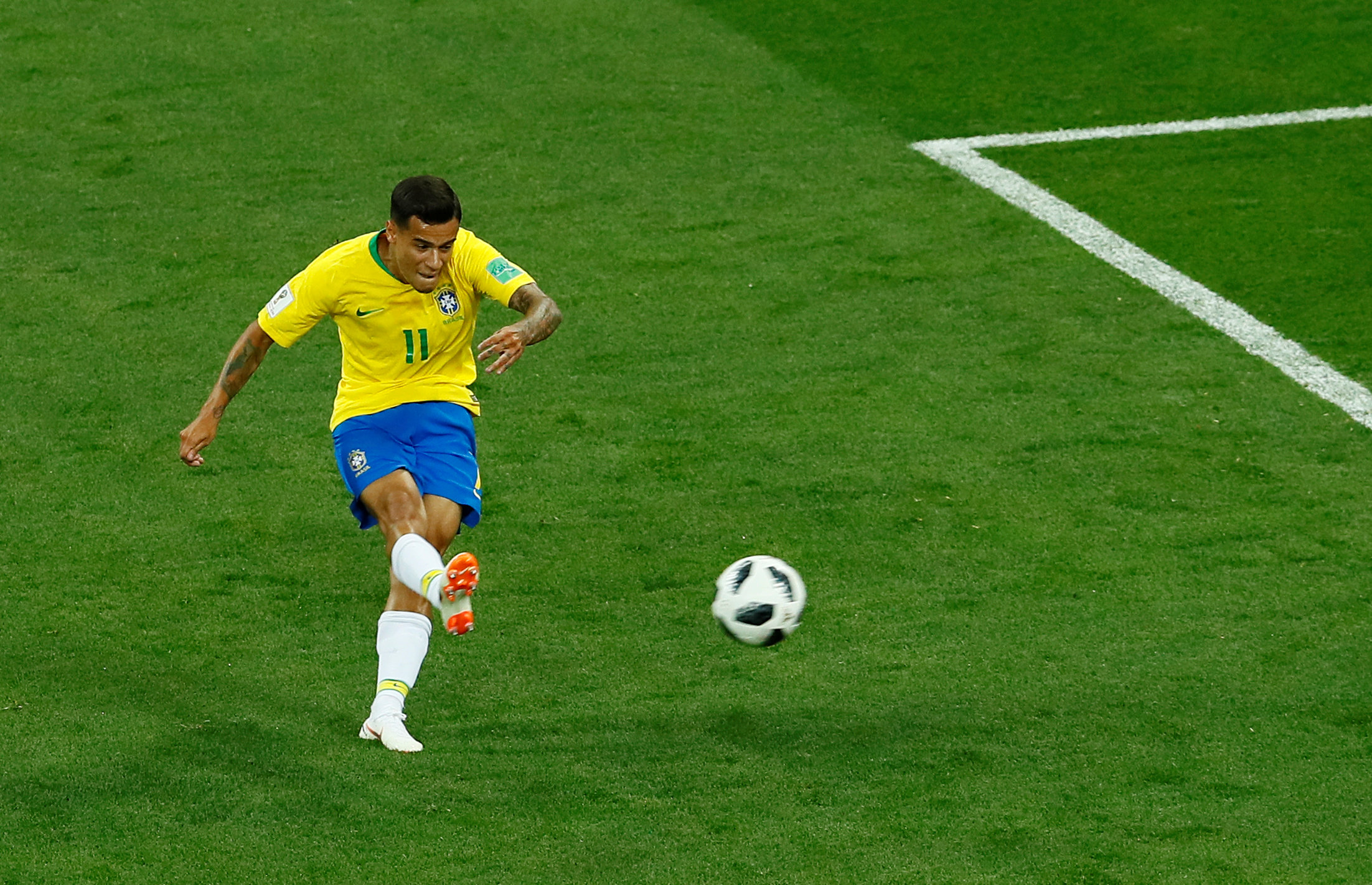 They had to settle for a point and joined fellow tournament favourites Germany, Spain and Argentina in failing to win their first game.

It was also the first time Brazil had not won a World Cup opener since drawing 1-1 with Sweden in the 1978 tournament.

“I was expecting to get a victory so, of course, I’m not happy with the result,” Brazil coach Tite told a news conference.

“At this stage of a World Cup you have to take advantage of a goal and see that your opponents are taking risks and you need to have faster transitions.” 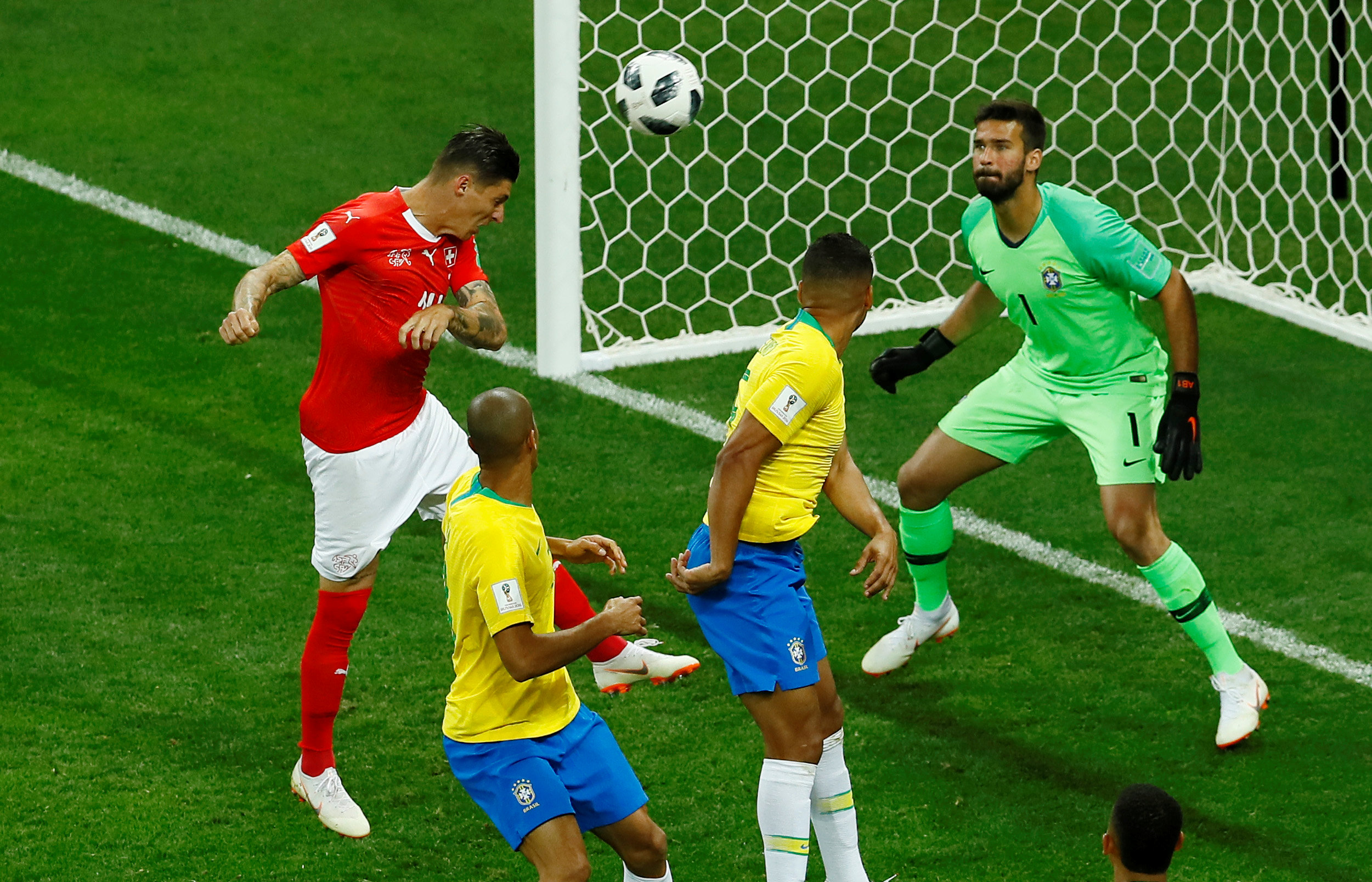 Tite did not complain that his side were denied a penalty when Manuel Akanji wrapped his arms around Gabriel Jesus and had little sympathy with claims some of his players had been fouled when Switzerland levelled.

“I can’t coach a team who complains. You can interpret the penalty in any way but there’s no way you can complain,” he added.

Neymar’s flamboyant blond ‘spaghetti’ haircut certainly caught the eye although he only gave glimpses of the spectacular dribbles and plays he is renowned for and which led Paris St Germain to shell out 222 million euros for.