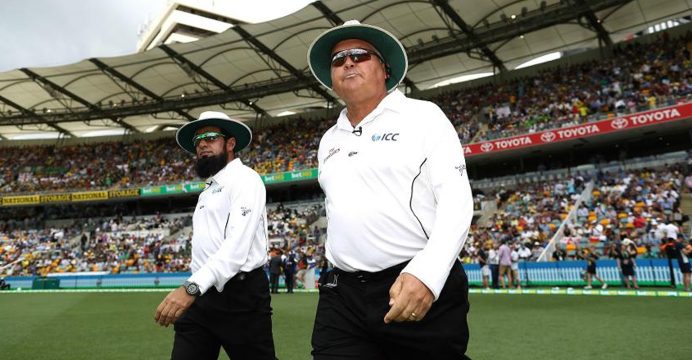 The International Cricket Council has named an unchanged Emirates Elite Panel of ICC Umpires and Match Referees for the 2018-19 season.

The announcement regarding the retention of the panel, for the period 1 July 2018 to 30 June 2019, was made following the annual review and selection process. 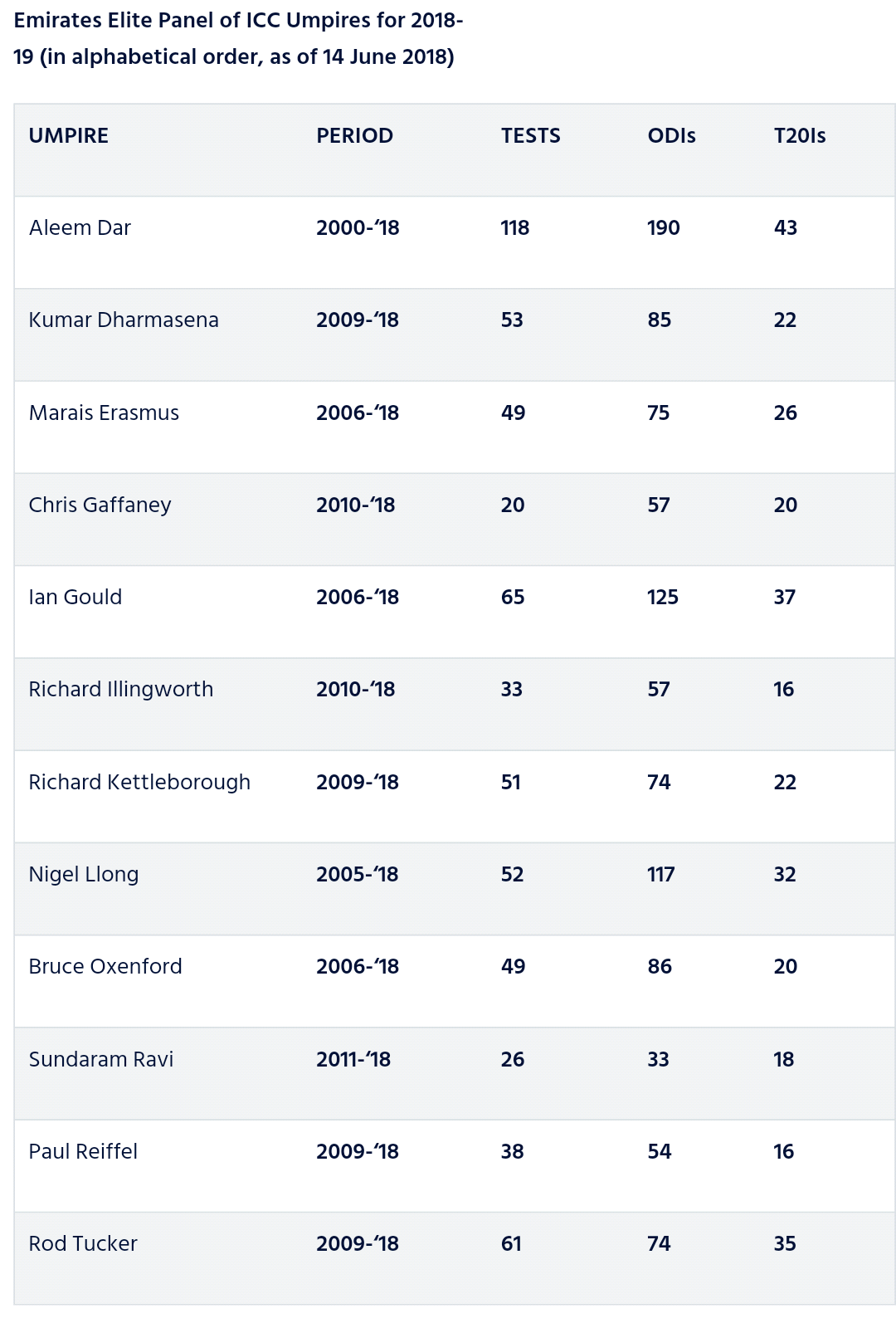 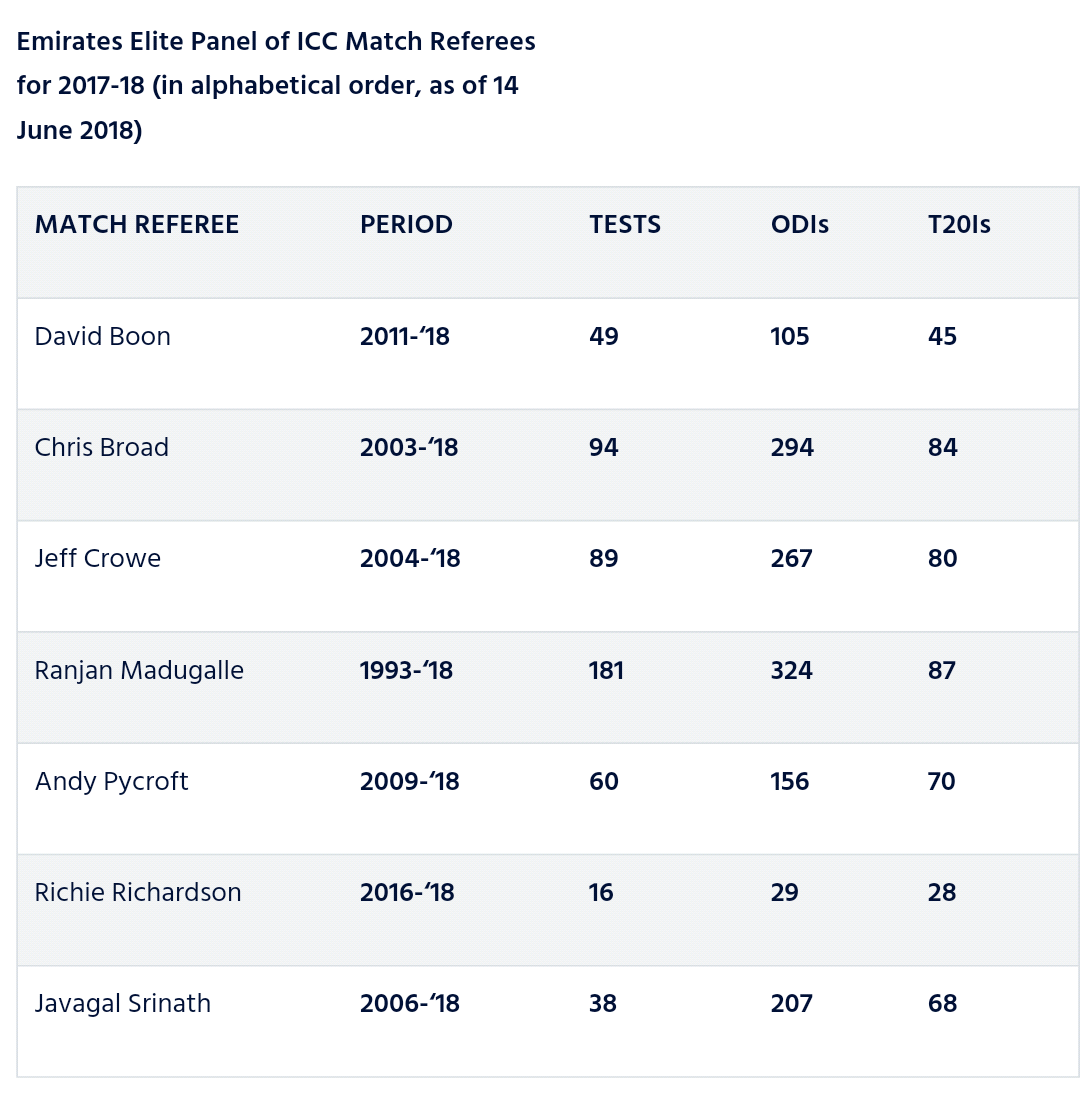