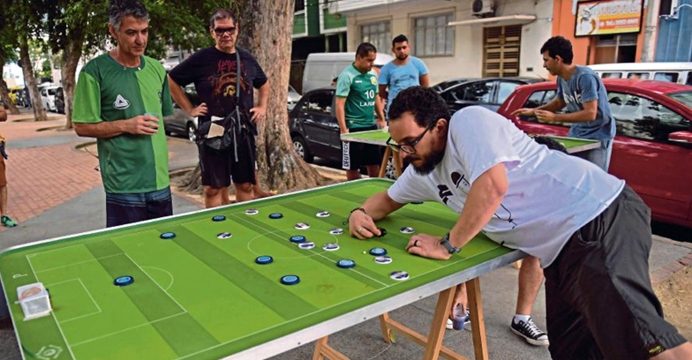 The ball goes right over the defenders and into the corner of the net. Goal for Zidane!

Well, at least a goal for a little plastic disk with the French football legend’s name on it.

Welcome to the wacky world of button football. Brazil is just as much a powerhouse in this form of the beautiful game as the regular kind played on a field.

Players stand at a special table, each with a team of 11 plastic disks about the size of poker chips.

Competitors then take turns to use a separate piece, shaped like a guitar pick, to flick their players, which then strike a small ball around the field. The result can be engrossing, involving tactics, luck and no doubt a few stars. 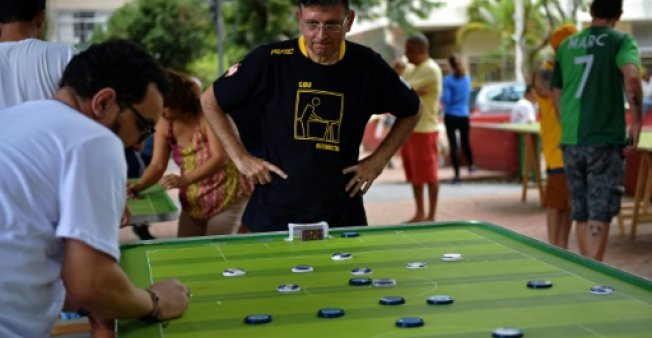 “We manage to recreate most of the situations you get in football,” said Gil, a 54-year-old lawyer.

The game is played all over Brazil, as well as in a handful of other countries, but regional variations are common, meaning it can be surprisingly tricky to master.

In Rio, for example, players stick to what they call the 9×3 rule. Games last 14 minutes in two halves and the players take turns to flick the ball nine times, but only three times in a row with the same “player.”