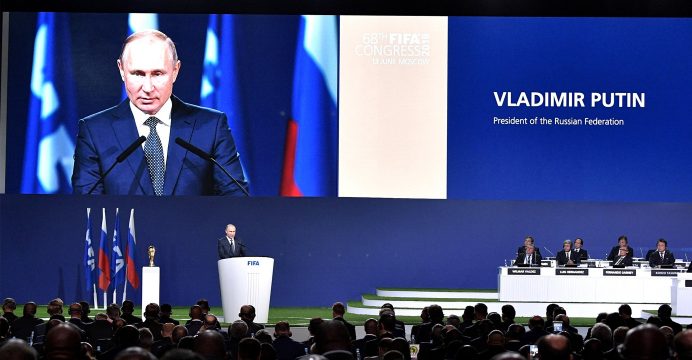 The 68th FIFA Congress opened here on Wednesday, one day before the first match of the 2018 World Cup in Russia kicked off.

During the meeting, the delegates of FIFA member associations will vote to select the host of the 2026 World Cup from two approved bids – Morocco and the North American joint bid of the United States, Canada and Mexico. 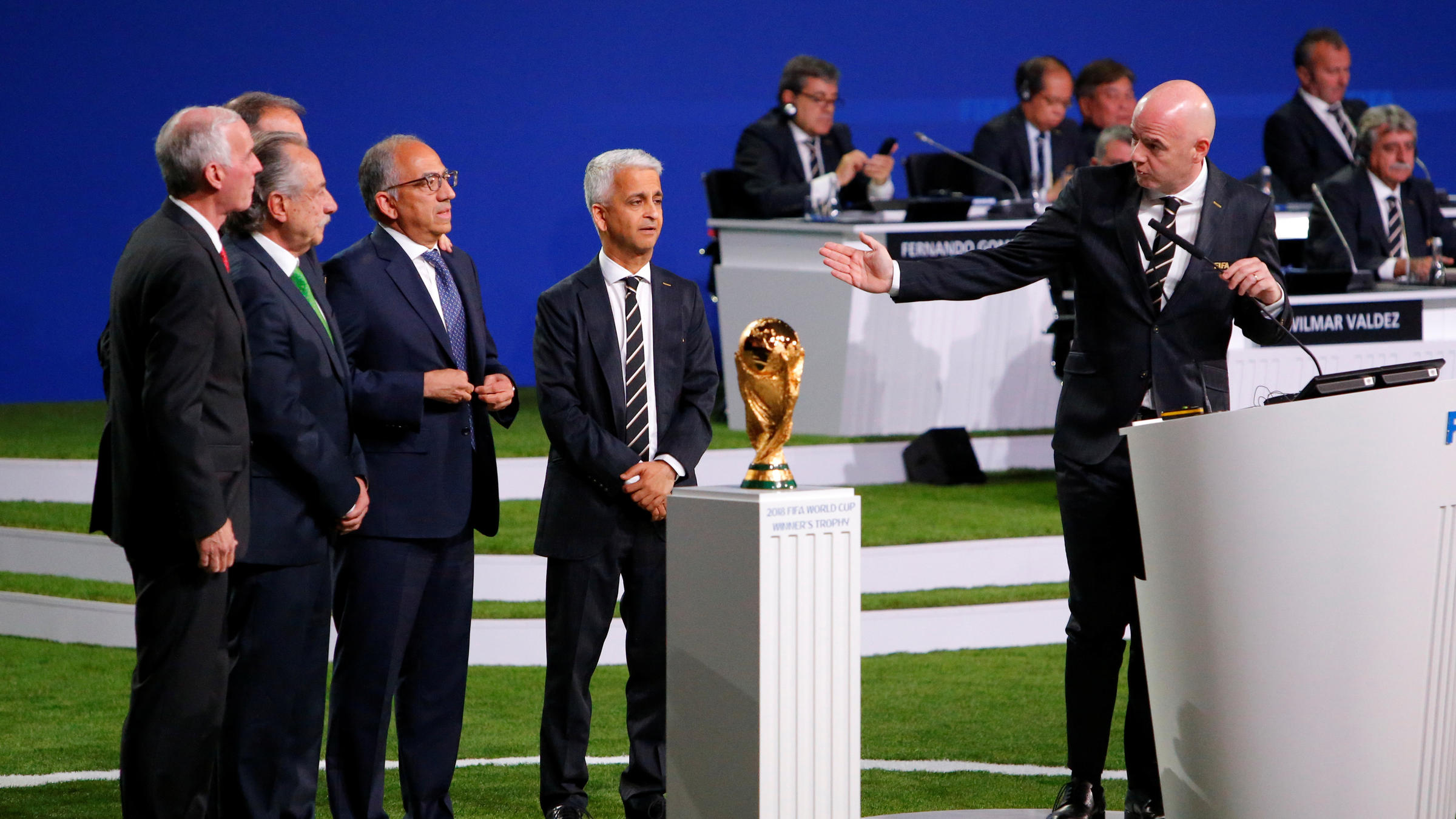 The 2026 World Cup will involve an expanded format, with 48 teams contesting a total of 80 matches, compared to the 32 teams and 64 matches of the upcoming World Cup in Russia.

The agenda of the gathering also includes the vote on the changes to the FIFA Statutes, as well as the approval for the budgetary cycle running from 2019 to 2022.