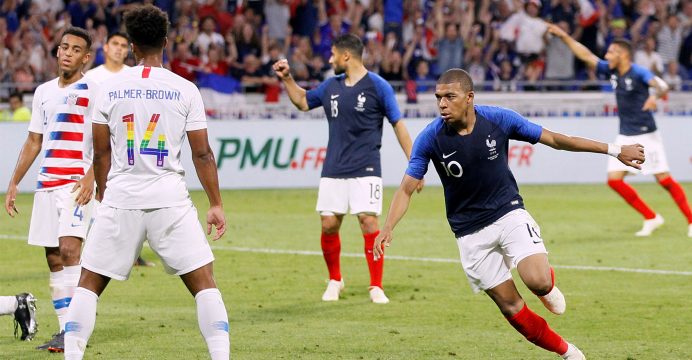 Unconvincing displays from France and Spain in final friendlies

World Cup hopefuls France salvaged a late 1-1 draw against the United States in their final friendly before the tournament, while fellow title favourites Spain also needed a late oal as they edged past Tunisia 1-0 on Saturday.

Elsewhere, there were wins for finalists Serbia, Denmark, Morocco and Australia, while Sweden were held to a goalless draw by Peru.

Didier Deschamps named a strong side as he sought to put the finishing touches to his preparations before travelling to Russia. However, Julian Green took advantage of a Djibril Sidibe slip to fire a near-post effort past Hugo Lloris on the stroke of halftime to give the visitors a shock lead.

The U.S., who did not qualify for Russia, looked as if they would hold on to their advantage until Kylian Mbappe spared Deschamps’s blushes 12 minutes from time.

“It’s always better to win but it is a match for preparation,” said Deschamps. “We were lacking a bit of juice. We had trouble in the first 20 minutes of the second period but in the end we took over. 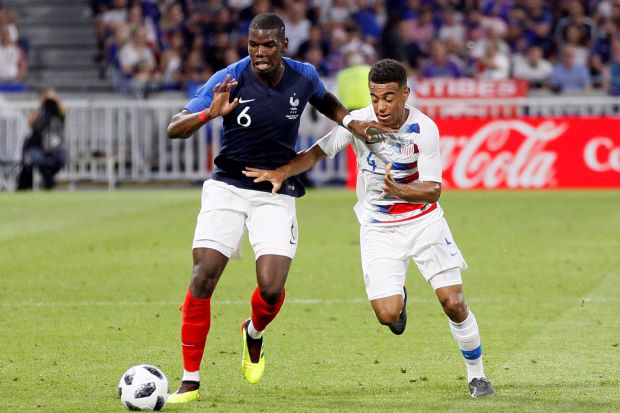 “I’ve played as many players as I can in all three warm-up games and that teaches you. I hope everyone will be physically ready and I’ll be spoiled for choice come the first game.”

There remain, though, plenty of unanswered questions for Les Bleus heading into next weekend’s opener against Australia, who beat Hungary 2-1 earlier on Saturday.

Denmark recorded a 2-0 win over fellow finalists Mexico thanks to strikes from Yussuf Poulsen and Christian Eriksen, while Peru played out a stalemate with Sweden, who will also be in Russia.

It looked like being a frustrating night for 2010 champions Spain as well as they struggled to break down a Tunisia side who caused them difficulties on the counter attack.

Former Liverpool forward Iago Aspas swept in after good work from Diego Costa six minutes from the end to secure the win and ensure coach Julen Lopetegui remains undefeated in his first 20 games in charge.