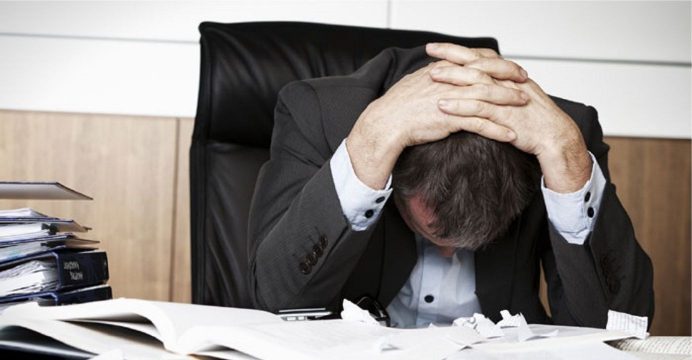 Having a demanding job and little control over it is associated with an increased risk of premature death in men with coronary heart disease, stroke, or diabetes, according to an observational study tracking more than 100000 men and women with and without cardiometabolic disease from Finland, France, Sweden, and the UK for almost 14 years, published in The Lancet Diabetes & Endocrinology journal.

Some existing treatment guidelines already recommend stress management for people with cardiometabolic disease, but this study is the first large-scale study to investigate the link.

“Work is a common source of stress in adulthood, triggering natural stress responses that were programmed in our bodies generations ago. These can result in physical reactions to situations like work stress, and our findings give evidence for there being a link between job strain and risk of premature death in men with cardiometabolic diseases, such as coronary heart disease, stroke, and diabetes,” says Professor Mika Kivimäki, UCL, UK.

“These findings suggest that controlling blood pressure and cholesterol levels alone are unlikely to eliminate the excess risk associated with job strain in men with cardiometabolic disease. Other interventions might be needed at least for some patients – possibly including stress management as part of cardiovascular disease rehabilitation, job redesign, or reducing working hours. However, more research will be needed to identify which specific interventions might improve health outcomes in men with coronary heart disease, stroke, or diabetes.”

The study, which began in 1985, is the largest of its kind and includes seven cohort studies from Finland, France, Sweden, and the UK. It included 102633 men and women – including 3441 with cardiometabolic disease (1975 men and 1466 women) – who were given a questionnaire on their lifestyle and health at the start of the study. Participants’ medical records were tracked for an average of 13.9 years, and during this time 3841 participants died.

The study included two types of work stress; job strain (having high work demands and low control over them) and effort-reward imbalance (putting in lots of effort, but getting a little reward in return).

After controlling for socioeconomic status and several conventional and lifestyle risk factors (including high blood pressure, high cholesterol, smoking, obesity, physical inactivity, and high alcohol consumption), the authors found that, among men with cardiometabolic disease, those experiencing job strain had a 68% greater risk of premature death than men who had no job strain.

In addition, this increased risk was even present in men with cardiometabolic disease who had achieved their treatment targets, including those with a healthy lifestyle (including not being obese, being physically active, not smoking, and not drinking heavily), blood pressure, and cholesterol levels.

Neither type of work stress was associated with increased mortality risk for women with or without cardiometabolic disease.

The authors say that job stress may affect the body in a number of ways to cause this association, including hijacking natural responses to stress, through heightened levels of the stress hormone cortisol, which increases glucose production and limits the effect of insulin, potentially leading to worse prognosis in diabetes. In addition, increased inflammation and increased activation of the ‘fight-or-flight’ response can elevate blood pressure and affect blood clotting, potentially increasing the risk of cardiac events in individuals who already have high levels of hardening of the arteries.

The authors note some limitations, including that the study only measured cardiometabolic disease and work stress at the start of the study, meaning it does not account for the severity of the disease or how it changes over time. The study did not control for blood pressure or cholesterol levels in all cohorts due to missing data, and this could lead to a small overestimation of the effect of job strain.